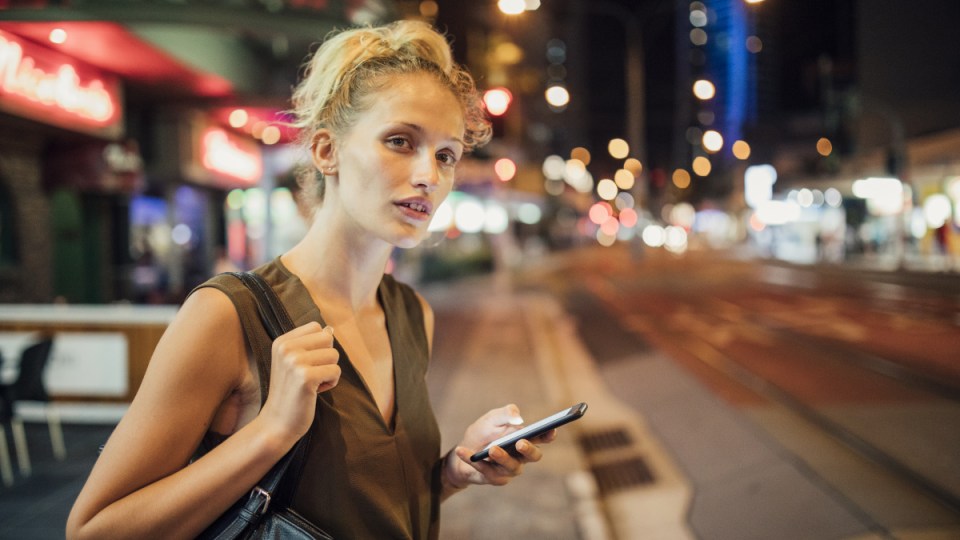 Garry Linnell says after his daughter couldn't get a lift home in a taxi it was clear Uber was more reliable. Photo: Getty

She was quiet and polite. He was loud and grumpy.

She smelled of citrus and flowers. He reeked of garlic and had body odour that belonged in a graveyard.

She was cheap. He was double the price.

She drove an Uber. He drove a cab.

It makes you wonder. If ferrying people around our cities for a fee has become such a battleground between in-fashion digital disruptors like Uber and old-fashioned taxi services, why has the war become so one-sided?

It was a warm afternoon last week and the perfect opportunity to test both driving services had presented itself.

Nothing too scientific. I was just pressed for time and needed to be across town in 15 minutes.

So I punched in the destination on the Uber app and within two minutes she had pulled up at the corner – a twentysomething university student in a small red sedan.

The inside of her car was spotless. She smiled and asked if I would like the soft, soothing music playing in the background turned down. Sugar-free gum? Water?

The short journey was smooth and uneventful. We arrived with plenty of time to spare and it cost a flat $10. Small fare, but she was still smiling as she drove away.

An hour later I walked back outside, needing to return to the same place from where the Uber had collected me.

There was a taxi rank nearby, so I leaned into the first cab and told the driver I had to make a quick and short journey back across town.

He rolled his eyes. Grimaced. Pursed his lips and sighed so heavily I thought he might be in the midst of a gastric reflux attack.

It was only as the taxi drove away and the windows came up that I realised he must have eaten a head of garlic for breakfast.

It grew worse. Every time he shifted position or lifted an arm, a waft of dank, acrid sweat filled the cab.

I had visions of the house he lived in; wallpaper peeling from the walls every time he walked in the front door, his pets scurrying for shelter.

His cab had covered more distance than Apollo XI and its suspension creaked and shuddered with every bump in the bitumen. The passenger seat squeaked and the radio squawked with loud commercials for used car yards.

The return journey – exactly the same distance as the first trip – cost $21.

It’s no surprise that earlier this year research by Roy Morgan found Uber was set to overtake the taxi industry in Australia as the preferred method of private transport.

Its study found that more than 4.4 million Australians had used Uber over an average of three months compared to almost 4.5 million using taxis – a remarkable outcome given Uber only launched in this country seven years ago.

We have seen many wars fought in this new digital age. I was a soldier in one of them. When the internet first appeared, I was a member of the smug newspaper industry that thought its endless rivers of profit would flow forever.

The web? Interesting idea. But who the hell would prefer using their finger to swipe a small glass screen for information and entertainment when you could instead have that finger blackened with ink by turning the crisp page of a paper?

It took a while – far too long – for our media companies to reluctantly embrace this new era and transform themselves into digital-first operations. But they did – and they rarely went crying to the government or the courts pleading for protection like the taxi industry.

Cab and car-hire businesses were protected for decades by state government licensing systems, as well as a host of restrictive regulations preventing outsiders from gaining entry.

But now those licence values have tumbled. Several state governments have put together “assistance packages” to compensate drivers, buying back licences and promising to overhaul the industry.

But that hasn’t been enough to placate an industry outraged at changing times and what it sees as the refusal of governments to enforce the protection they had come to expect.

The debate has grown increasingly venomous. Drivers claim they have been forced out of business because of the “unfair advantage” gained by Uber, a company that has acted like a “pirate”.

It’s hard not to feel sympathy for many of these drivers.

Most of them don’t reek of garlic or drive busted-up old vehicles. The majority are polite and courteous and their incomes have been drastically reduced by a competitor that came out of nowhere and turned their world upside down.

But the industry took far too long to react to newcomers like Uber and it has been far too slow in weeding out those individuals who give their business a bad name.

Last Saturday night my daughter left a function and went to a nearby cab rank for a lift home. It wasn’t a long trip, but she didn’t feel safe walking home through dark streets.

The first driver she approached rolled his eyes and declined the job because it wasn’t worth enough – a blatant breach of the industry’s code of conduct. Yes, she could lodge a complaint.

But why bother? She summoned an Uber and was home safely in minutes.

Garry Linnell: When cabbies take us for a ride, Uber saves the day