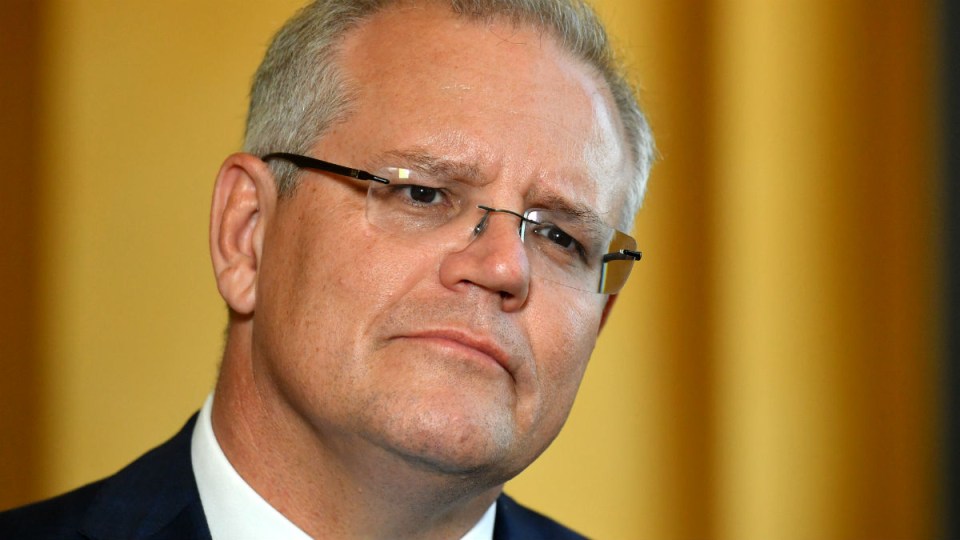 Prime Minister Scott Morrison has conceded he ordered the release of new data on Sri Lankan boat arrivals to “keep the threat of illegal arrivals” alive.

The admission comes after the PM vowed he will not intervene to allow a Tamil family facing deportation to stay in Australia.

On Wednesday lawyers will make a last-ditch effort in the Federal Court to prevent the deportation of Priya, her husband Nadesalingam and their two Australian-born children Kopika, 4, and Tharunicaa, 2.

The government had struggled to fight off accusations it was playing dirty politics with the release of information on Monday that it has stopped a people-smuggling vessel from Sri Lanka four weeks ago.

When he was immigration minister, Mr Morrison refused to speak about “on-water matters”, but on Monday he conceded the government had released the information about the intercepted boat.

The government said it was the sixth boat from Sri Lanka to attempt to enter Australian waters since May, yet it was the first time the information had been made public.

“We followed a practice that we have in the past and I think that keeps the issue of the ever-present threat of illegal arrivals to Australia foremost in the public’s mind,” he said.

The release came as pressure mounts on the government to allow the former Biloela-based Tamil family, now being held on Christmas Island, to stay in the Australia.

“We wake up this morning to front pages telling us all about a boat that attempted to come some weeks ago. It does seem quite convenient,” she told reporters.

“The government are just a little too concerned that Australians are starting to speak up too loudly on behalf of this family.

“And so what does the government do when it’s politically convenient for them? They decide it’s OK to talk about ‘on-water matters’.”

But friends of the Biloela family say the timing of Mr Morrison’s admission wasn’t lost on them.

“It seems like unusual timing and it makes me wonder, have the boats been stopped or not?” friend and former Biloela resident, Simone Cameron, said.

“If boats are arriving it makes me think Tamil people are still fleeing for their lives,” Ms Cameron said.

She said the family’s children had been traumatised by the surprise transfer to an offshore detention centre.

“We’re quite worried about the kids. Priya said Kopika have been really traumatised by this move,” she said.

“They’re completely alone. They haven’t seen anyone else except the guards and officers, and Kopika knows they’re far away – she’s a bright little girl.

“Kopika is usually a confident little girl, but at the moment she won’t go anywhere without Nades and Priya holding her.”

Ms Cameron said Priya and Nades had been “broken” by the process but remained hopeful.

“I think they’re feeling completely broken, but they’re just such resilient people they know despair isn’t a strategy,” she said.

“As terrible and frightened as they’re feeling they don’t let themselves dwell on that.”

Lawyers for Tharunicaa will argue on Wednesday she should have her case for protection assessed by the minister.

When asked if it was the family’s last chance, immigration lawyer Nina Merlino answered: “We don’t really know what will happen at that hearing, but in terms of their options, yes.”