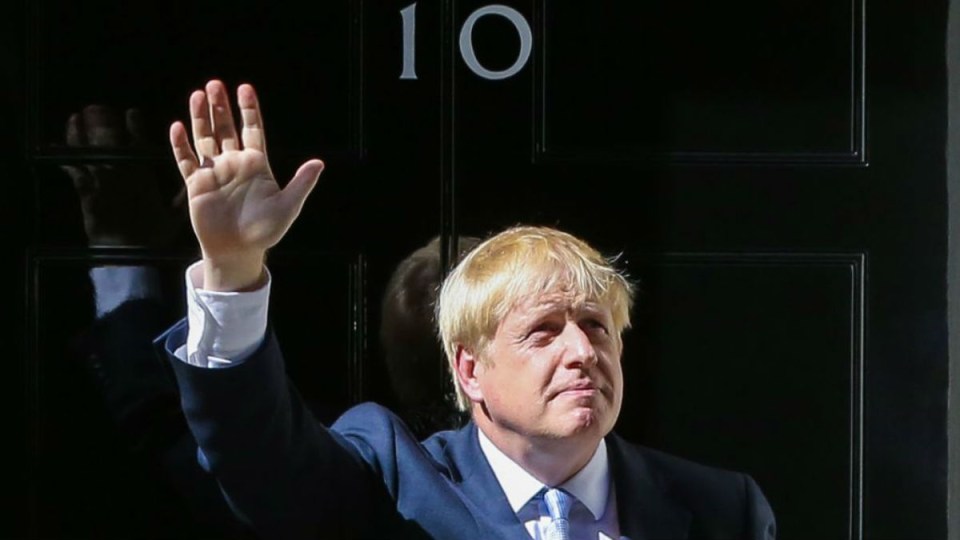 Boris Johnson hurtled to the top of British politics with an air of charm. Photo: Getty

Boris Johnson hurtled to the top of British politics with an air of charm and disarrayed befuddlement.

He slipped into Latin and Greek, changed sides when it suited his ambitions and oozed a mischievous bravado, as when he put his foot on a table at the French president’s palace last week.

But Mr Johnson’s decision on Wednesday to cut short a session of Parliament revealed another side: The ruthless tactician who took office as prime minister this northern summer.

With Brexit hanging in the balance, Mr Johnson marshalled all the power of Downing Street to cut out the legs of a wobbly opposition, risking a constitutional crisis to get what he has promised.

Suddenly the man affectionately known as “BoJo” was being rebranded by some opponents a “tin-pot dictator”.

And President Donald Trump, known for his own norm-smashing manoeuvres, applauded Johnson, calling him on Twitter “exactly what the UK has been looking for”.

Mr Johnson’s opponents argue that his policies could result in a disastrous no-deal Brexit with the potential to tear apart the United Kingdom, cripple British agriculture and some manufacturing sectors and throw the economy into a recession, while producing shortages of food and medicines.

But those warnings have been filed away under ‘Project Fear’ by Mr Johnson and his supporters.

And with his boldest move yet as prime minister, Johnson showed that he would be as pugnacious in Downing Street as critics said his predecessor, Theresa May, was timid – and a radically different politician than he was as London’s mayor.

“It’s much more thought through, more organised, in many ways more aggressive than the Boris Johnson people thought they knew,” said Tony Travers, a professor of government at the London School of Economics.

With his “rabbit-out-of-a-hat decision” to suspend Parliament, Mr Johnson knocked his opponents back on their feet and “conveyed the sense of a government that’s in control”, Professor Travers said.

By limiting the time available to Parliament to block a no-deal Brexit, Mr Johnson sought to undermine an opposition strategy announced on Tuesday, analysts said.

After weeks of arguing about who should take charge should they defeat Mr Johnson, opposition lawmakers had changed their tune.

They said they would shelve the idea of trying to throw Mr Johnson out of office and instead proceed more deliberately, focusing on passing legislation that would stop a no-deal Brexit.

For a fractured opposition, it was a painfully considered strategy to band together and confront Mr Johnson on their own schedule.

It was also an admission that they did not yet have the numbers to replace Mr Johnson with a caretaker prime minister, in large part because the opposition is divided over whether Jeremy Corbyn, the left-wing, eurosceptic Labour Party leader, is a suitable replacement.

But Mr Johnson had other ideas.

By cutting short the session of Parliament, he blew a hole in the opposition’s plan to take matters slowly and avert a decision about whether to try unseating him.

In effect, analysts said, he called their bluff, giving anti-Brexit lawmakers only a matter of days to decide whether they felt strongly enough about stopping Brexit to kick him out of office.

With Brexit gambit, Boris Johnson reveals a ruthless side