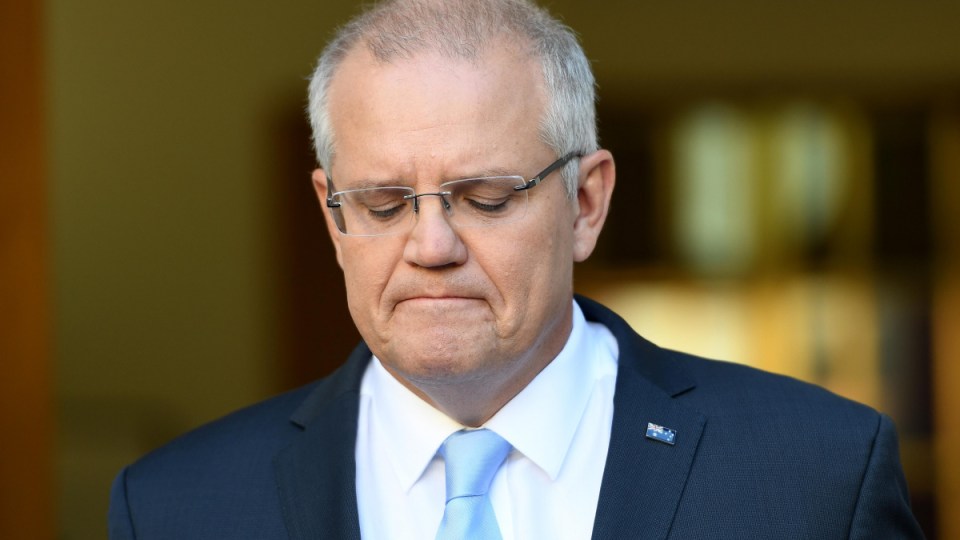 The Prime Minister has been accused of a double-standard on free speech. Photo: Getty

Prime Minister Scott Morrison stands accused of “hypocrisy” on matters of free speech and democracy – by defending free speech in Hong Kong, but curbing it at home.

The accusation comes as a running stoush between the Prime Minister and the activist group GetUp threatens to overshadow Mr Morrison’s call for calm in the face of global unrest.

On Friday, Mr Morrison called for China to respect the right of peaceful Hong Kong protestors – but a day later vowed to crack down on GetUp and curb its influence ahead of the next federal election.

Go well Honkers, get down GetUp

GetUp’s claim was supported by the NSW Council for Civil Liberties. Speaking to The New Daily, the council’s president, Pauline Wright said:

“On the one hand, our Prime Minister is supporting pro-democracy supporters in Hong King, and rightly called on them to do so peacefully – and he’s also called for that to be respected by China.

“And we would call on our government to respect the right of community organisations to…protest government policies.”

Earlier in the week, Mr Morrison rejected China’s claim that mass protests in Hong Kong are showing “sprouts of terrorism” – while on Friday, speaking in Tuvalu, he called on China to respect peaceful protestors.

He called the protestors “to do so peacefully and for that to be respected and to support any initiative that de-escalates tensions,” he said, according to the Australian Financial Review.

But in an apparent case of mixed messaging on democratic free speech, Mr Morrison called for a fourth enquiry into GetUp, claiming the organisation was a “wolf in wolf’s clothing” and demanding it be registered as a political party.

This would purportedly subject the group to closer scrutiny and accountability.

In his speech to the Liberal Party’s state conference in Adelaide on Saturday, Mr Morrison blamed GetUp for “vile, personal attacks on our candidates” in the May poll – and planned to revisit the group’s political status.

“None of the events during the 2019 Federal Election Mr Morrison intends on referring to in his speech to the South Australian Liberal Party can fairly be attributed to GetUp or our supporters.”

Mr Oosting noted that the Australian Electoral Commission had already investigated the group on three occasion, and each time ruled “in our favour”.

He said another investigation would be a political “stitch-up and a waste of public money”.

The GetUp issue was an apparent crowd pleaser, almost passing for light relief at the conference, after a week that Mr Morrison described as “quite convulsive”.

Meanwhile, the world on a high simmer

He was referring to dangerous volatility on the global financial markets, the threat of a US recession looming, the US-China trade war further escalating – and China’s declared readiness to resolve the Hong Kong issue with violence.

Meanwhile there was the embarrassment – for Mr Morrison – of being accused of insulting behaviour at the Pacific Islands Forum in Tuvalu, behaviour that would push local nations closer to China according to the Prime Minister of Fiji.

A former Pacific leader called for Australia to be expelled from the forum.

Mr Morrison seemed to offer a catch-all for the various crises when addressing reporters in Adelaide after the party conference.

“It is a time for calm heads, for measured conversations, for seeking to de-escalate things rather than escalate them,” he said.

“That is certainly Australia’s approach as we engage with our allies and partners around the world.’

PM Scott Morrison calls for calm, then picks a fight