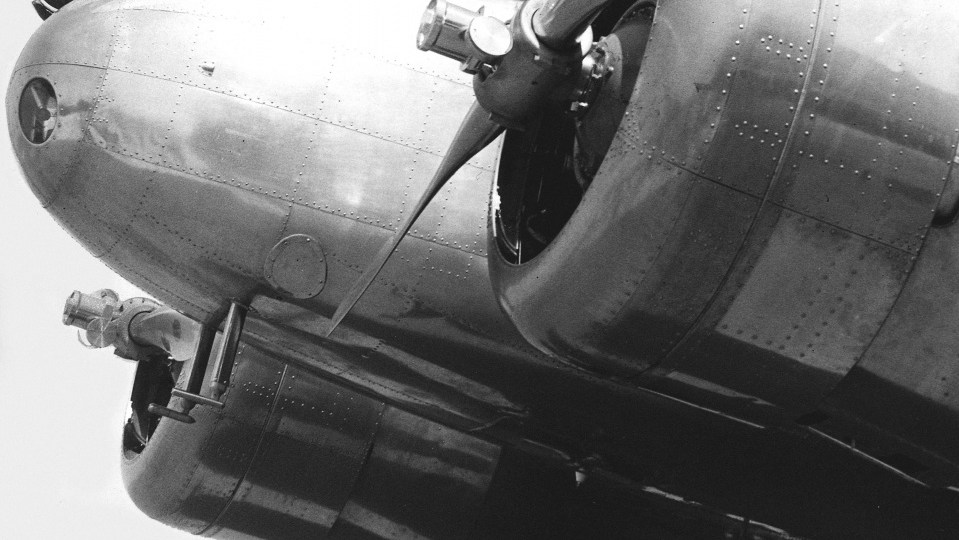 Robert Ballard is the finder of important lost things.

In 1985, he discovered Titanic scattered beneath the Atlantic Ocean. He and his team also located the giant Nazi battleship Bismarck and, more recently, 18 shipwrecks in the Black Sea.

Ballard has always wanted to find the remains of the plane Amelia Earhart was flying when she disappeared in 1937. But he feared the hunt would be yet another in a long line of futile searches.

“You have it in a holding pattern in your head,” said Ballard, founder of the Ocean Exploration Trust. “You’re still saying, ‘No, no, it’s too big a search area’.”

Then, a few years ago, another group of explorers found clues so compelling that Ballard changed his mind.

Now, not only is he certain he knows where the plane is, he has set course for a remote atoll in the Pacific island nation of Kiribati to recover it.

If his expedition succeeds, he’ll not only solve one of the enduring mysteries of the 20th century. The 77-year-old explorer will also be transferring his legacy of discovery to a new generation of oceanic detectives.

Until recently, Ballard accepted the Navy’s version of Earhart’s fate: On July 2, 1937, near the end of their round-the-world flight, the aviator and her navigator, Fred Noonan, vanished over the Pacific. After a lengthy and costly search, the Navy concluded on July 18, 1937 that the two died shortly after crashing into the ocean.

But in 2012, an old friend presented Ballard with a startling alternative.

Kurt M. Campbell, who served as assistant secretary of state for East Asian and Pacific affairs in the Obama administration, invited Ballard to a meeting. The two had known each other since their days in Naval intelligence.

Campbell ushered him into his office, Ballard recalled: “He closed the door, and he said, ‘I want to show you a picture’.”

As Ballard squinted at the blur, Campbell handed him a second, digitally enhanced image.

Campbell said the smudge was landing gear from a Lockheed Model 10-E Electra. And the reef in the picture was part of tiny Nikumaroro Island, in the mostly uninhabited Phoenix Islands.

There it was, a precise place to look for Earhart’s plane.

The old photograph was taken by Eric Bevington, a British colonial officer, in October 1937, three months after Earhart disappeared.

A British freighter had run aground years before on the north-west corner of the island, and the young officer snapped a picture of it.

Bevington didn’t know he had also captured something sticking out of the water.

The Bevington Object, as it became known, was less than 1 millimetre long – a tiny speck near the edge of the frame.

Decades later, an organisation called The International Group for Historic Aircraft Recovery, or TIGHAR, received Bevington’s pictures. The group is a non-profit organisation dedicated to aviation archaeology and aircraft preservation. It has been heavily involved in searching for Earhart at Nikumaroro.

Fascination with Earhart’s disappearance has led to wild theories: That she was an American spy captured by the Japanese, or that she lived out her days after assuming a false identity as a New Jersey housewife.

Those who believe in the crash at Nikumaroro say it was along Earhart’s stated navigational line.

The Navy even followed clues based on distress calls and dispatched the Colorado, a battleship, from Pearl Harbor in Hawaii, to search the Phoenix Islands. But Ballard and TIGHAR researchers believe tides would have dragged the plane into deeper waters by the time it arrived at Nikumaroro.

According to the official report, a search pilot saw “signs of recent habitation” there. But because nobody waved them down, the search team left and the Navy dismissed the theory. What the sailors didn’t know was that the island had been uninhabited for 40 years.

Others say it’s unlikely the island was where Earhart’s life ended.

Dorothy Cochrane, curator for general aviation at the National Air and Space Museum, believes that Earhart crashed in the ocean near Howland Island, Earhart’s original destination, hundreds of miles to the north-west.

In 2010, the notion that the real site may be Nikumaroro got a boost when Jeff Glickman, a forensic imaging expert for TIGHAR, spotted the blur in the Bevington photo and concluded its shape was consistent with Lockheed Electra landing gear.

Armed with this clue, Richard E. Gillespie, the director of TIGHAR, reached out to Campbell, an avid Earhart fan, for a second opinion.

Campbell shared the photo with experts at the National Geospatial-Intelligence Agency, who used classified technology to enhance the picture. It was sent to intelligence analysts at the Pentagon, who independently concluded the object looked like the landing gear of a Lockheed Model 10-E Electra, Campbell said.

So Campbell called Ballard to see if he thought it was a good idea to support Gillespie’s 2012 mission to Nikumaroro, one of a dozen TIGHAR has made to the island, but the first to search underwater.

That expedition was unsuccessful. But the group didn’t have the funding or capabilities of Ballard and his team.

And with his ship Nautilus now in the Pacific Ocean, and its other research obligations completed, Ballard is ready to focus on the search for Earhart.

“The more I read, the more I was convinced I could do it,” he said.

Beyond his 60 years of experience, Ballard’s ship is equipped with a suite of high-definition cameras, a 3D mapping system and remotely operated underwater vehicles, or ROV’s, one of which can descend nearly 20,000 feet.

But that doesn’t mean the expedition will be easy.