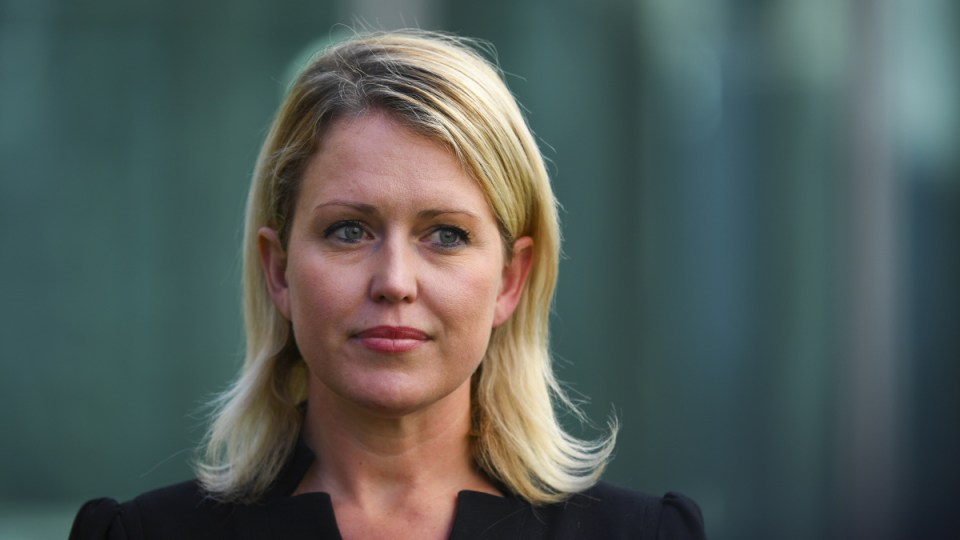 After Julian Assange’s lawyer failed to drum up political support in Canberra last week, she is now asking the Australian public to help bring him home.

London-based human rights lawyer Jennifer Robinson visited the capital last week to dine with Anthony Albanese and speak to more than 30 MPs to raise support for the Townsville-born Assange.

Despite her lobbying attempts, none of the major parties has publicly supported the embattled Australian.

Ms Robinson is calling on Australians to take an interest in the case.

Last month, Assange, 48, dropped an appeal against his 50-week jail term in Britain for jumping bail when he sought asylum in the Ecuadorian embassy.

Assange entered the embassy in London on June 19, 2012, to avoid extradition to Sweden, where he was wanted in connection with sexual assault allegations.

He spent almost seven years inside the embassy until he was dragged out by police in April.

In February next year he will face a five-day US extradition hearing.

He faces a maximum sentence of 175 years in prison in the US if convicted of all the charges against him.

Assange’s plight should be a concern for all Australians, Ms Robinson said.

“That an Australian citizen, who is a publisher of information, who won a Walkley, now faces 175 years in prison – that is a grave concern from a free speech perspective,” she told The New Daily.

“What do our passports mean? And what does it mean for press freedom? I think a lot of Australians are concerned about the raids on the ABC.

“The parallel between those raids and indictment for Julian Assange – his case is emblematic of a global pushback on free speech.”

If the Australian government puts pressure on the US to drop the charges before the February court date, it would “make a difference”, Ms Robinson said.

“The Australian government can and should engage,” she said.

Ms Robinson’s visit to Canberra comes as part of a ‘free Julian’ offensive, as campaigners, lobbyists and even his father visited the halls of power in the past month.

Ms Robinson, who saw Assange in Belmarsh prison a few weeks ago, has “serious concerns” for his health.

She refused to answer questions about how sick he is or what treatment he is receiving, but she said there would be “permanent damage” from his time in the embassy.

“He’s still in the health care ward, obviously after more than six and a half years without access to health care and no area to exercise, there was a significant decline of his health.”

Ms Robinson said she took photos of the ‘free Julian’ protests, which took place in Melbourne in April, to show him.

“When I visited him in prison, I’ve shown him pictures of the protest of Melbourne, and that solidarity and support in Australia is really incredibly important in lifting his spirits,” she said.

Concerns around Assange’s health have increased after advocate and journalist John Pilger visited him last week.

“I saw him in Belmarsh prison and his health has deteriorated,” he tweeted after the visit.

“Treated worse than a murderer, he is isolated, medicated and denied the tools to fight the bogus charges of a US extradition.

Assange still has a support base in Australia, but it has dwindled in the years since he entered the embassy.

Between sexual assault allegations, alleged connections to the Russian government and a failed tilt at electoral success with the WikiLeaks Party, Assange has become a divisive character.

His supporters are desperately trying to separate his extradition to the US from the other storms blowing around him.

Lead campaign adviser in Australia Greg Barns is asking Australians to put aside “what they think” about Assange.

“At the end of the day we need to remember what is it he exposed, for which he’s been prosecuted. He revealed war crimes and he’s being punished for it,” he said.

“Irrespective of the DNC (Democratic National Committee) emails and what people think about the matters relating to Sweden, even if you don’t support Assange – you have to differentiate that from the US prosecuting him.”

But Assange’s public image has suffered as debate has raged around his motives and connections.

Some think he’s a neo-right activist, some a Russian agent, while others label him a leftist crusader.

Ms Robinson says none of these labels matters.

“If you take any of the publications since 2010, the principle of what they’ve done is the same. They publish in the public interest, irrespective of the politics.

“The principle has not changed, whatever the politics. It’s about publishing in the public interest.”