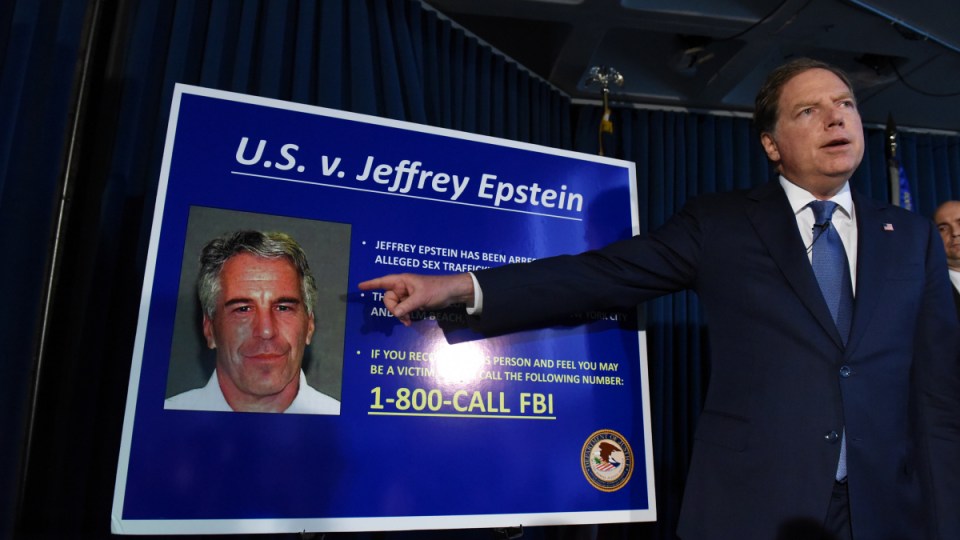 Two investigations have been launched into the death of disgraced multimillionaire financier and convicted sex offender Jeffrey Epstein, who died of an apparent suicide in his jail cell in New York.

According to the Metropolitan Correctional Centre, Epstein, 66, was found unresponsive in his cell about 6:30am on Saturday local time.

Efforts to save him – he had reportedly gone into cardiac arrest – were initiated by prison staff and emergency medical services but he was pronounced dead in hospital, the prison’s statement said.

The prison did not confirm the suicide but said the FBI was investigating the incident.

He had been denied bail and faced up to 45 years behind bars on federal sex trafficking and conspiracy charges unsealed last month.

Epstein pleaded not guilty to accusations of sexually abusing dozens of underage girls.

Attorney General William Barr said he was “appalled” to learn of Epstein’s death while in federal custody.

“In addition to the FBI’s investigation, I have consulted with the Inspector General who is opening an investigation into the circumstances of Mr Epstein’s death,” Mr Barr said.

The US attorney in Manhattan said its investigation would continue, noting that Epstein’s indictment included charges that he conspired with other people in the commission of the alleged crimes.

“Mr Epstein’s death raises serious questions that must be answered,” he said.

A little over two weeks ago, Epstein was found on the floor of his cell with injuries but it was not clear whether the injuries were self-inflicted or from an assault.

Epstein, who had ties to numerous wealthy Americans, including US President Donald Trump and former president Bill Clinton, had reportedly been placed on suicide watch after a separate attempt made while in custody towards the end of last month.

A lawyer for Epstein says prosecutors and the press have “blood on their hands”.

He said in a statement that jailers failed to protect Epstein and to prevent the “calamity” of his death.

The Bureau of Prisons confirmed he had been housed in the jail’s Special Housing Unit, a heavily secured part of the facility that separates high profile inmates from the general population.

Former federal prison warden Cameron Lindsay said the death represented “an unfortunate and shocking failure, if proven to be a suicide”.

On Friday, more than 2000 pages of documents were released, and related to a since-settled lawsuit against Epstein’s ex-girlfriend by Virginia Giuffre, one of Epstein’s accusers.

The records contain graphic allegations against Epstein, as well as the transcript of a 2016 deposition of Epstein in which he repeatedly refused to answer questions to avoid incriminating himself.

Ms Giuffre’s lawyer Sigrid McCawley said Epstein’s suicide less than 24 hours after the documents were unsealed was not a coincidence.

“The victims await the true justice they have sought and deserve,” MS McCawley said in a statement.

Other accusers and their lawyers reacted to the news with frustration that the financier won’t have to face them in court.

“We have to live with the scars of his actions for the rest of our lives, while he will never face the consequences of the crimes he committed, the pain and trauma he caused so many people,” accuser Jennifer Araoz said in a statement.

Before his legal troubles, Epstein led a life of extraordinary luxury and socialised with princes and presidents, living on a 40 hectare private island in the Caribbean and one of the biggest mansions in New York.

Epstein had faced sex crime charges in 2008 in Florida related to the alleged network but made a deal with prosecutors that resulted in a relatively light prison sentence.

Critics said the punishment was too lenient and victims’ advocates said it was done without the knowledge of the girls involved.

Alex Acosta, a federal prosecutor in Florida at the time of the earlier plea deal, was forced to resign as Mr Trump’s secretary of labour last month.

The more recent charges were contained in a federal indictment filed in New York. Epstein was arrested on July 6 and entered a not guilty plea but a judge ordered him detained after prosecutors argued that Epstein was a flight risk due to his vast wealth and resources.

The new information included descriptions of how he ordered an associate to lure girls as young as 14 to his homes in New York and Palm Beach, Florida, coerced them into sex and then used them to draw in other victims.

I am calling today for the administrators of Jeffrey Epstein’s estate to freeze all his assets and hold them for his victims who are filing civil cases. Their lives have been shattered by his sexual assaults, their careers derailed. They deserve full and fair compensation NOW.

Lisa Bloom, a lawyer representing some of the women, said Epstein’s apparent suicide indicated that he knew he was guilty and that his wealth would not prevent a conviction.

“He knew justice was coming and he could not face it,” Ms Bloom tweeted.

She also said civil cases against his estate would proceed.

“Victims deserve to be made whole for the lifelong damage he caused,” Bloom tweeted.

Readers seeking support and information about suicide prevention can contact: