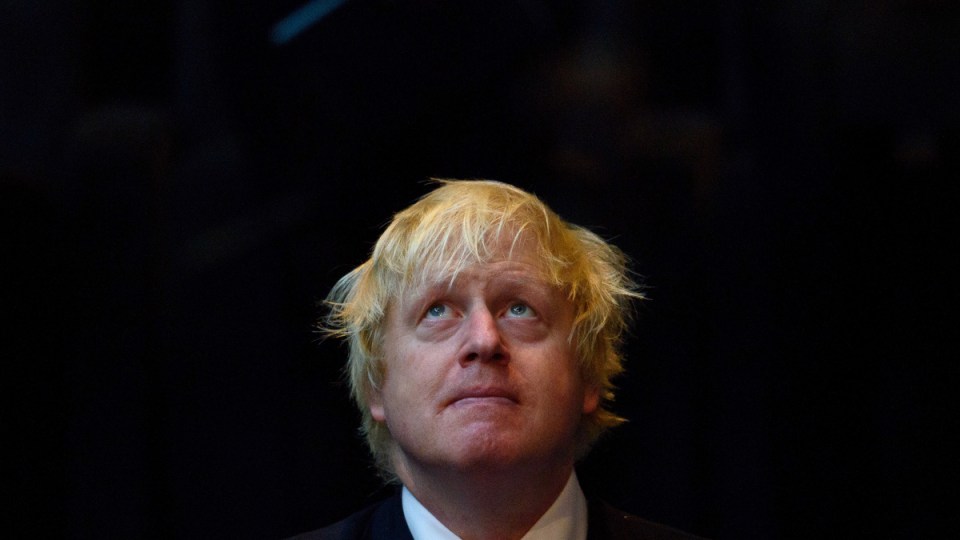 Hours after Boris Johnson won the ballot to become Britain’s next Prime Minister, President Donald Trump told a crowd in Washington that ‘BoJo’ will be the UK’s version of himself.

The flamboyant figure with unruly hair and a penchant of populism has always wanted to lead. As a child his ambition was to be ‘world king’.

Depending on who you ask, he’s a beloved buffoon or completely incompetent.

On paper, Mr Johnson always looked like a conservative leader in the making.

He’s the poshest of the posh. Born into an elite family, with ties to British aristocracy and King George II, Mr Johnson was not always as boisterous.

During his childhood, Alexander Boris de Pfeffel Johnson went by Al and suffered from deafness as a result of glue ear – a condition where the ear fills with liquid. He later joked this helped him avoid dull conversations.

It was when Al attended the prestigious Eton college that he became ‘Boris’.

The young Mr Johsnon was bullied because of his Turkish heritage so changed his persona to be more English, more flamboyant and less meek.

He adopted the Boris name and infuriated teachers with his cavalier attitude.

Mr Johnson speaks Greek, French and Italian and was president of the Oxford Union when he studied at the prestigious university.

But off paper his career has been littered with scandals.

As a reporter, he made up a quote. As Tory vice-chair, he lied about having an affair, and as a parliamentarian he once appealed to constituents by telling them voting “Tory will cause your wife to have bigger breasts”.

Since his stint as mayor of London (2008 to 2016) and as foreign secretary, his look has been described as “shambolic” and “clownish”. His shirts are “spilling out” and his jackets are “rumpled”.

Anthony Reed of Watson Consultants, who was the mastermind behind both Kerryn Phelps victory in the Wentworth by-election and Zali Steggall’s win over Tony Abbott in the federal election, said Mr Johnson has been shrewd in cultivating his buffoon image.

“He’s cultivated an image of not being scripted, which is meant to be authentic,” Mr Reed said.

“People are cynical about politicians being scripted. It’s obviously been some success because he’s one of the most popular politicians in Britain.

“It’s been quite a success for Trump, to be unconventional. But he’s doing it in a British way, as opposed to an American way.”

Both have bright blond hair and bill themselves as anti-establishment, and they’ve also used similar rhetoric around minorities.

President Trump recently told a group of black, Hispanic and Muslim congresswomen to “go back” from where they came.

Mr Johnson has said Muslim women wearing the niqab look like letter boxes and he labelled Africans as “piccaninnies” with “watermelon smiles” – a racial slur referring to dark-skinned children.

While they share a similar delivery and have the same hair colour, Mr Johnson is far from a ‘British Trump’, said Dr Benjamin Moffitt of Australian Catholic University.

“The comparison only works so far. Trump has this new-money upbringing, he’s appeared on wrestling, he likes fast food. He doesn’t want to be associated with the elite,” Dr Moffitt said.

“Boris is a true product of the elite. He is truly of the old-school English upper class. I think he’s more of a seasoned politician.

“(With the EU) he has an outward enemy and the Brussels establishment to set himself against, whereas Trump, he’s outwardly racist, there’s no which way around it.”

Mr Johnson is inheriting a country in crisis, over Brexit and Iran.

His legacy on the world stage depends on if he makes it through the next three months, said Dr Tony Walker of La Trobe University.

“I think what we’re in for is a period of considerable uncertainty,” he said.

“It’s not clear if he’ll be able to pull off getting Britain out of Europe by October 31. He has a wafer-thin majority of just two. There’s a lot of agitation within his party where a lot of people dislike him.”

But Mr Johnson as leader might be a good thing for Australia, he argues.

Mr Johnson spent a gap year in 1983 working at Timbertop, the campsite for the ultra-exclusive Geelong Grammar, and getting a taste for Victoria Bitter.

“I can tell you categorically that it was my experience at Timbertop that made me the man I am today,” Mr Johnson said a few years ago when he was Mayor of London.

“I have a deep and abiding love for Australia.”

If he achieves his objective and breaks from the EU, Mr Johnson would be looking to secure a new trade deal with Australia as a top priority, Dr Walker said.

“It might mean we have a closer relationship, but all this depends on if he survives the next three months,” he said.

‘British Trump’: The rise of Boris Johnson and what it means for the rest of the world