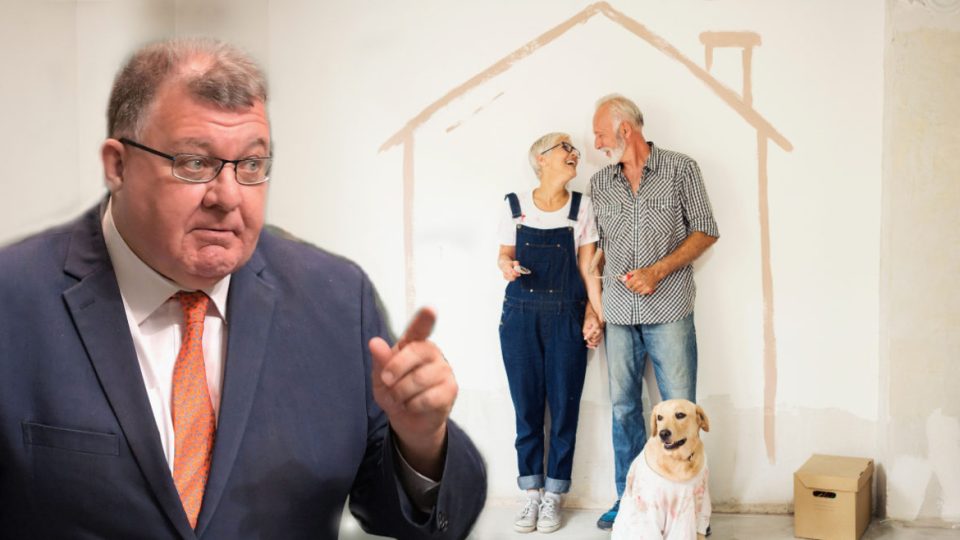 Labor has demanded the Prime Minister rule out including the family home in the pension test or delaying the super guarantee after Liberal MP Craig Kelly called for a fresh debate.

But the Treasurer has insisted the claim the Morrison Government would consider including the family home in the asset test was “a lie” despite one of the governments own MPs sparking the controversy.

“The Member for Hughes has called for the family home to be included in the pension asset test which means more retirees will be pushed off the pension, out of their homes or both,” Mr Chalmers said.

“The government has already shortchanged pensioners by refusing to properly adjust deeming rates for years, despite five interest rate cuts.”

But the Attorney-General Christian Porter moved to gag debate and shut down Labor’s attempts to highlight the issue.

“This is a disgraceful attack on pensioners,” Labor frontbencher Linda Burney said.

Defying the Prime Minister Scott Morrison’s call that Liberal MPs toe the party line on the superannuation debate, Mr Kelly told The New Daily there should be a debate about including the family home in the asset test for the pension.

“Your family house at the moment is 100 per cent exempt from the asset test,” Mr Kelly said.

“If you decide you could use super to pay for your house you could say, ‘I want a larger family home now when the kids are young, knowing when my kids move out I will downsize’, there would be some discount of the family home that would be counted in the asset test.”

Whether the family home is worth $100,000 or $10 million, it is exempt from the aged pension assets test – a feature of Australia’s retirement income policy that economists have long debated.

Mr Kelly said his proposal could also act as an incentive for seniors to move out of larger homes and downsize later.

“You don’t want to force people out of their homes, but it is something you could look at,” he said.

“Labor’s claim that the pension assets test will be changed to include the value of the family home is a lie. It’s not our policy and it never will be,” he said.

The group of government MPs advocating for a freeze to the 9.5 per cent superannuation guarantee are already earning 15 per cent themselves. #auspol https://t.co/o2crHPgGIk

Dr Chalmers said it was clear – with up to a dozen MPs calling for a delay to the increase to the super guarantee to 12 per cent – that the government was under pressure to rob workers of their super.

“There’s a substantial push in the Liberal Party to cut the super guarantee,” he said.

He accused the Liberals of preparing to “rob workers of their superannuation”.

“They say they want workers to have the freedom to choose between wages or super,” Dr Chalmers said.

“What they really mean is freedom to be broke – during their working years and then afterwards too.”

“But we didn’t hear peep about it at the election,” he said.

“A government which has banged on about mandates and retiree taxes is now ambushing workers with a retiree tax of their own.

“A real retiree tax of 2.5 per cent on the living standards in retirement of almost 13 million Australian workers.

“According to one estimate, a 30-year-old earning $80,000 a year would be denied close to $90,000 in super by the time they reach retirement if the Super Guarantee remains frozen at 9.5 per cent.

“The Liberals have never believed in super.”