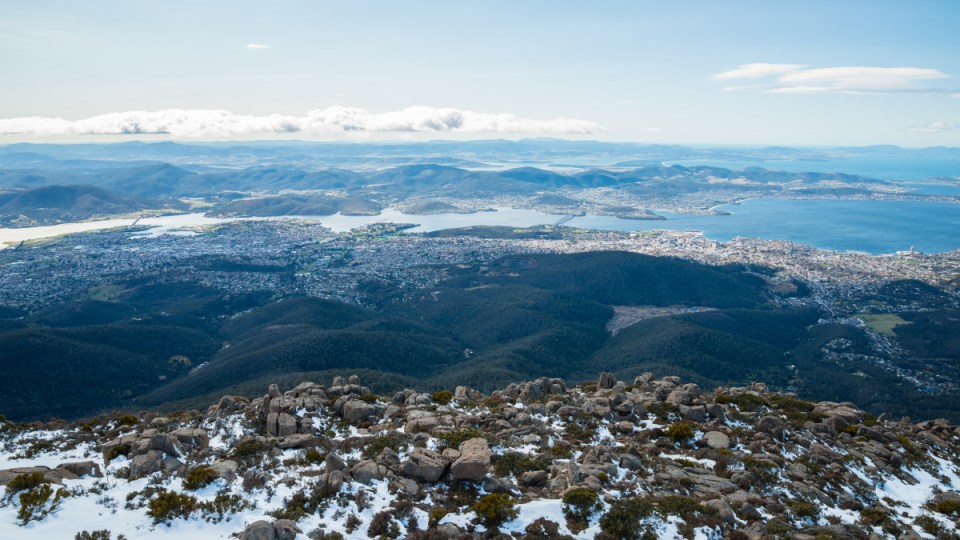 Despite the chilly conditions, Hobart did not rank in the top 10 coldest places to live. Photo: Getty

Forget Tasmania or even Victoria – New South Wales is home to some of the nation’s coldest places to live.

A town that sits just a four-hour drive from Sydney has been confirmed as the chilliest place to call home (outside of ski resorts) this winter, according to data collated by the Bureau of Meteorology.

The 6742 residents of Cooma, in southern NSW, are used to rugging up – the town experiences an average temperature of -2.9 degrees Celsius in winter.

Bureau senior climatologist Blair Trewin said it mostly came down to how high the towns were above sea level.

“There’s a couple of factors behind why NSW dominated the top 10. One is that there are towns that are elevated to a much greater extent than in Victoria and Tasmania,” Mr Trewin told The New Daily.

“Then, on the other hand, Daylesford is 650 metres above sea level and there’s almost nothing higher [in Victoria] except for the ski resorts. So it’s partly about where people live.”

Cloud cover is also a major contributor to why the southern states didn’t rank as high, Mr Trewin said.

“Generally speaking, clear days will have a bigger difference in temperature between day and night than cloudy days,” he said.

“Tasmania and Victoria have cloudy climates, so they’ll have colder days but it makes the night warmer. It’s swings and roundabouts.”

While Melburnians might feel like they do it tough throughout winter, the further you get away from big cities, the colder it actually gets.

“It gets colder as you move outside big population centres,” he said.

“In Melbourne, it’s common to see nights between six and seven degrees in the city but out in Coldstream, it’s zero degrees.

“In the Australian context the further you get away from the ocean, the colder your nights will get in winter and the hotter your days will get in summer.”

The reason Australia’s southernmost state – Tasmania – only has three entries is that people don’t live as high up. Meaning, sure it gets cold, but no one’s there to notice.

“The three places on the list are all hydro settlements. In some, there are hundreds of fishing shacks – but the populations are tiny,” he said.

“There’s probably not a substantial town above 500 metres.”

The coldest places in July for the states that didn’t make the top 10 were Stanthorpe in Queensland, which has an average temperature of 0.9 degrees, Yongala in South Australia that experiences 2.1 degrees, Southern Cross in Western Australia with 3.5 degrees, and Yulara in the Northern Territory that sits at 3.2 degrees.