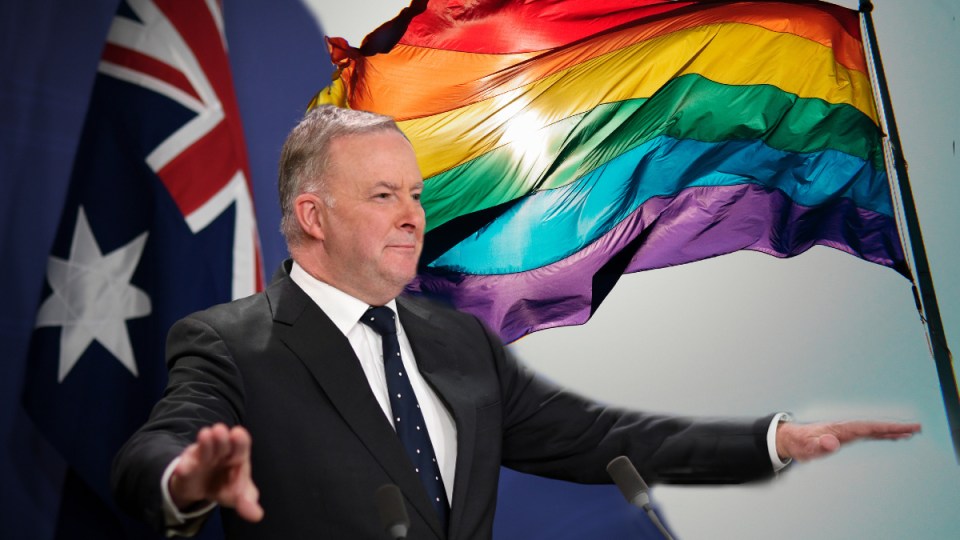 Labor leader Anthony Albanese has told shadow cabinet there is too much 'LGBTIQ' in Labor policy. Photo: TND
exclusive

The New Daily has confirmed that Mr Albanese’s preferred approach is to replace LGBTIQ throughout the platform by simply referring to the need to end discrimination on the basis of sexuality or gender.

A strong supporter of marriage equality, Mr Albanese said he remained committed to ending discrimination but wanted to have a clearer and more concise mission statement.

The acronym LGBTIQ stands for Lesbian, Gay, Bisexual, Transgender, Intersex and Queer. It appears multiple times throughout the ALP policy platform, with Mr Albanese using it as an example of how the platform was overcrowded.

Mr Albanese’s statement, during the first official shadow cabinet meeting last Thursday, raised eyebrows of some in the Right faction because it was the opposition leader’s own Left faction that had pushed for more LGBTIQ references in the first place.

It also led to ridicule from News Corp columnist Miranda Devine and the Morrison government, which estimated in government research that there was references to more than 30 different genders in the ALP platform.

A Labor source said Mr Albanese suggested the party needed to “gut” the 300-page ALP platform but another Labor frontbencher said, “I think he said reduce the platform, not gut.”

“Even (British Labour leader) Jeremy Corbyn has a 50-page manifesto. Ours is 300 pages long,” a Labor frontbencher said.

Mr Albanese has publicly declared one of the reasons for Mr Shorten’s defeat at the May 18 election was he had “too many policies” and voters were confused and overwhelmed.

“I don’t think if it’s a matter of left or right. I think we had too much. The agenda was too big,” Mr Albanese told 5AA radio in Adelaide last week.

“They didn’t understand all of it. I think last week there was something came out from the Parliamentary Budget Office that was pretty interesting. They costed 50 something policies from the government, 50 or thereabouts policies for the Greens Party and 280-something from us.

“So there’s a range of people who knew that we were changing franking credits for example. They knew other changes that we were bringing in.”

Mr Albanese said this cluttered agenda meant that voters didn’t get the message that Labor would bring down the cost of childcare.

During the shadow cabinet meeting, Mr Albanese also complained about leaks to journalists.

The Labor leader told the shadow ministers they might have noticed the material for the meeting was distributed only an hour before the meeting and he said there was a reason for that.

Mr Shorten was leader during the entire six-year period Mr Albanese referred to. He phoned in to the meeting because he was on holiday with his family in Bali.

‘The agenda was too big’: Anthony Albanese wants to remove LGBTIQ references from policy