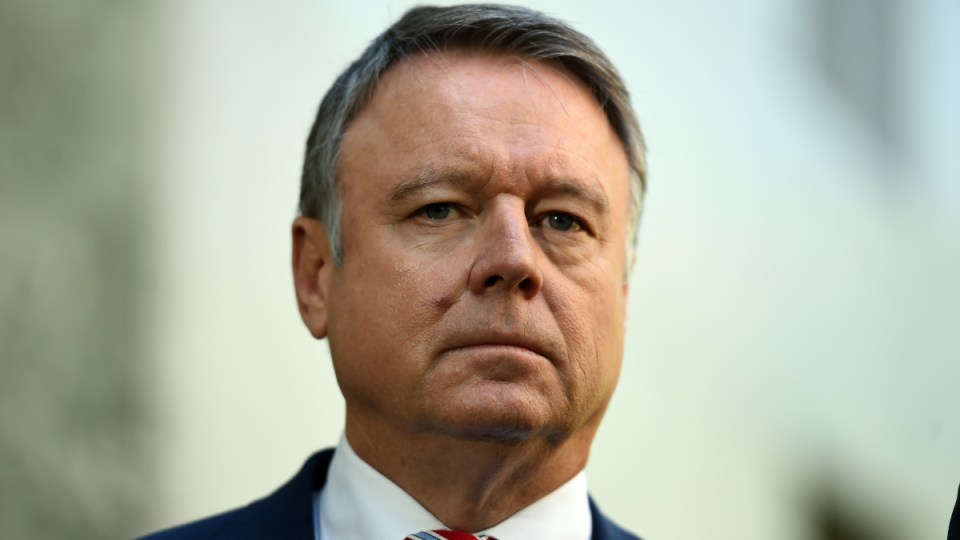 Joel Fitzgibbon has warned the Labor Party could split if it fails to reconcile the views of inner-city progressives and workers in traditional industries. Photo: AAP
exclusive

Mr Fitzgibbon is the most senior MP to date to privately urge Labor to keep an open mind on respecting the Prime Minister’s wishes, and stop making Labor the issue.

But he is not alone in his view, with five Labor MPs telling The New Daily they support a debate on the ALP backing the $158 billion tax cut plan in its entirety.

“They have a mandate. We’ve got to stop saving them from themselves,” a Labor MP said.

“There’s growing momentum for that.”

The only Labor MP to publicly break ranks is Victorian backbencher Peter Khalil, who told the Herald Sun it should be considered if the government refuses to split the bill and delays the $1080 tax cuts.

Mr Fitzgibbon made the comments to colleagues on Tuesday, June 4.

“He just said, ‘We’ve got to stop being a government in exile,” a Labor MP said.

“That if John Howard hadn’t won control of the Senate in 2004, WorkChoices would not have got through and he might still be the PM.”

The vast majority of Labor MPs do not support the tax cuts for high-income earners.

But there is growing momentum not to delay the tax cuts for low and middle-income earners.

Opponents of the push to support the tax cut in its entirety remain concerned it is not financially responsible, given the budget position, and sets up a future Labor government to fail because it is locked into unaffordable tax cuts.

More money into workers pockets, taking the bracket creep monkey off people’s back & more jobs with lower income taxes stimulating the economy. That’s what Australia voted for. Good on you!https://t.co/hCLzHuaLKv

Another Labor MP said given it was “about the only thing Scott Morrison campaigned on” it was hard to argue he didn’t have a mandate.

Labor’s treasury spokesman Jim Chalmers has not ruled out backing the entire package.

Mr Chalmers told the June 4 meeting that while the ALP was happy to back stage one and consider stage two, the stage three cuts worth $95 billion were “offensive” because they were mainly for high-income earners.

Witnesses said the pronouncement was not final and the shadow ministry did not arrive at a formal position.

Good to see Labor MPs seeing the importance of our tax cuts to put more money into the pockets of Australians with @fitzhunter saying Labor need to stop pretending to be a “government in exile”. This after @PeterKhalilMP urged Labor to pass the cuts y’day https://t.co/ICaTLPSdW0

Meanwhile, the Morrison government’s hopes of securing Senate support for the tax plan moved closer on Thursday with Tasmanian independent Jacqui Lambie confirming she was “open to it”.

Ms Lambie told The New Daily she was concerned about the tax cuts being too generous in 2024, but raised the option of being able to repeal or stop the tax cuts if the budget could not afford it.

“Put the safety net in there,” she said.

“If the economy does go bad, you should leave yourself a safety net.

“What I am saying is if the economy goes bad enough, you should be able to pull the plug on it.

“But I don’t get up there [to Canberra] until the 1st of July. Until I can put it under the microscope, I am not doing anything.”