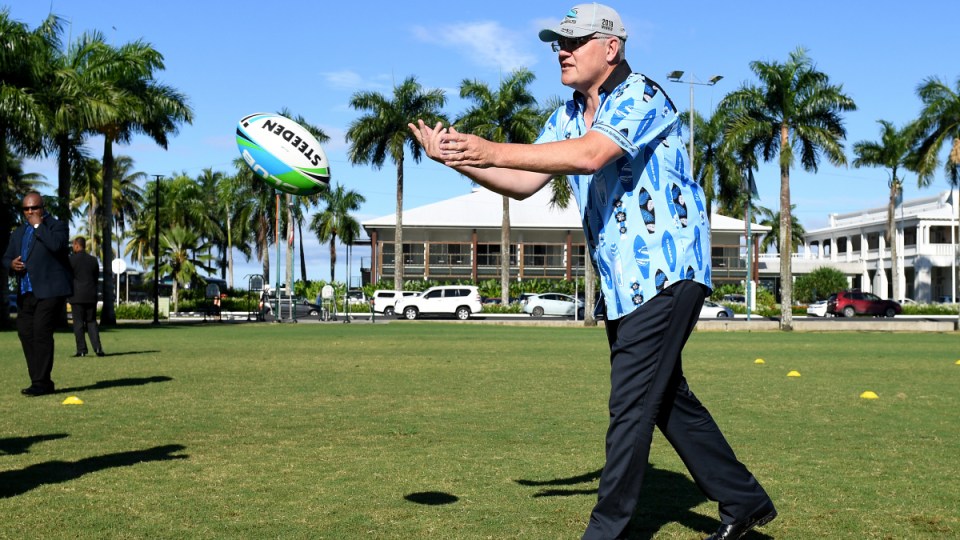 Scott Morrison is being urged to interrupt his Fijian holiday to recall Parliament next week and pass his $1080 tax cuts.

Despite the Prime Minister’s “advice” that the Australian Electoral Commission would be unlikely to finalise the vote count in time to recall Parliament before July 1, officials have confirmed the count will now be finalised by Monday, June 24.

The vote in every House of Representatives seat has now been tallied and the last remaining Senate count to complete – Victoria – is expected to be finalised by Thursday.

That means the official “return of the writs”, which finalises the election result, is now imminent.

“This important step in the process will be completed over the next few days or early next week,” an AEC spokesman said.

The return of the writs to the Governor-General is the last step before Parliament can be returned.

While the new Senate cannot sit until July 1, the current Senate and the new House of Representatives could be recalled as early as next week if the Prime Minister chooses to do so.

“If Parliament can sit next week to pass on much-needed tax relief for people on low and middle incomes, then it should,” Labor’s treasury spokesman Jim Chalmers said.

However, a spokesman for Mr Morrison, who is taking a well-earned break after his historic election victory, indicated the PM has no plans to do so.

He is expected to fly back to Australia on the weekend after his family holiday on a Fijian island.

“Labor should stop trying to distract from their refusal to back our plan for a stronger economy. The government has already outlined the sitting schedule,” the Prime Minister’s spokesman said.

The delay in Parliament passing the tax cuts means they cannot be paid when taxpayers lodge their tax returns from July 1, until the legislation passes the Senate.

The Australian Electoral Commission noted it was the Morrison government that decided the June 28 date for the return of the writs.

“The Electoral Commissioner has said on many occasions that we conduct elections and provide technical advice to government about the operation of our duties under the Electoral Act, and the progress of events,” a spokesman said.

“We are not responsible for setting the dates of elections or Parliament sitting, which is done by government.”

The New Daily revealed earlier this month that Prime Minister Scott Morrison has known since the day he called the election that it would be “unlikely” he could recall Parliament in time to pass his promised $1080 tax cuts before July.

However, the clear risk that Parliament could not be recalled in time was never canvassed or discussed during the election by the Morrison government – or explained to voters.

Instead, Mr Morrison reassured voters twice – before and during the election – the $1080 tax cuts could be paid “administratively” by the Australian Tax Office even before the legislation passed, an option the Morrison government now admits will not occur.

The date, which makes it impossible for Parliament to pass the laws before July 1, is contained in the Prime Minister’s signed letter to the Governor-General that is marked “noted and agreed” by Mr Cosgrove at on April 11.

The AEC noted the June 28 date was chosen by the Morrison government.

“The selection of dates within writs are a matter for the government, not the AEC. This includes the writ return date,” an AEC spokesman said.