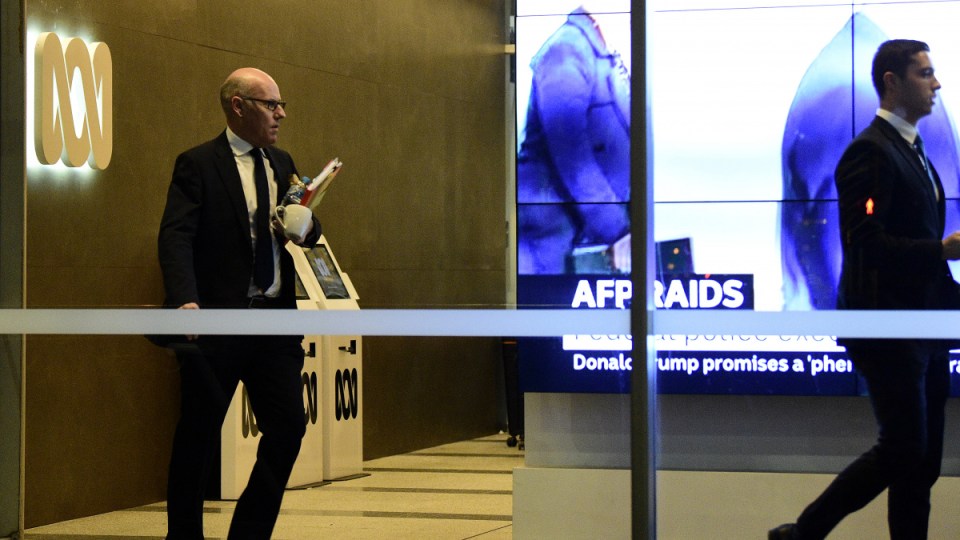 ABC editor John Lyons follows an AFP officer out of the building.
exclusive

The Department of Defence never asked police to investigate who leaked a report into a toxic culture and alleged “war crimes” by Australian soldiers, despite asking police to pursue whistleblower David McBride.

The fresh evidence of “double standards” has emerged amid claims Defence is picking and choosing which leaks it asks the police to investigate following AFP raids at the home of a journalist and the ABC.

The leaked confidential report, prepared by Dr Samantha Crompvoets, uncovered allegations of a “disregard for human dignity” by some SAS soldiers and acts of “illegal violence” so serious it triggered a long-running secretive investigation into possible war crimes.

Claims being investigated include allegations an Australian special forces soldier kicked a handcuffed Afghan detainee off a cliff and then asked colleagues to shoot the man.

But despite the leaks of the Crompvoets report last year, Defence has revealed it never asked for the police to investigate the disclosure.

“The Crompvoets Report, while leaked and sensitive, was not of national security classification and hence was not referred to the AFP for investigation.

“Defence reserves the right to refer such types of document leaks in the future.”

The Defence department played a crucial role in the ABC raid and the search of the Canberra home of News Corp journalist Annika Smethurst because it referred both matters to the Australian Federal Police for investigation.

Whistleblower David McBride, the former defence lawyer facing years in prison for leaking documents to ABC journalist Dan Oakes, was also referred to the AFP by the department.

“The serious incidents discussed in the Crompvoets report involved information that could only be classified as “secret’,” Mr McBride told The New Daily.

“All operational information from Afghanistan both carries this classification, as the documents I provided to ABC show. Nor can Defence get around their own classifications when it suits them, as it’s the information contained in the document that is classified, so repacking it in a different document and pretending everything is now ‘unclassified’ is also an offence. It’s a typical double standard.”

The Crompvoets report revealed that soldiers had disclosed “unsanctioned and illegal application of violence on operations” that demonstrated a “disregard for human life and dignity”.

“They described an organisation rift [sic] by internal tensions and rivalry (especially between SASR and commando units), a pattern of elitist/condescending behaviours towards support personnel, perceptions of senior leadership failure and cover-ups – real or imagined, and misdemeanours or more serious offences in the field, as well as a culture of drug and alcohol abuse,” the report says.

“Even more concerning were allusions to behaviour and practices involving abuse of drugs and alcohol, domestic violence, unsanctioned and illegal application of violence on operations, and the perception of a complete lack of accountability at times.”

Last week, the AFP confirmed it had quietly dropped an investigation into who leaked politically sensitive advice that criticised Medevac laws that the Liberal Party opposed.

Labor leader Anthony Albanese has suggested the government may have leaked the advice for political advantage.

The Sunday Telegraph also reported that AFP officers who raided Ms Smethurst’s home told her they were “not interested” in MPs and did not include text messages from MPs on her phone in their hunt for the leaker.

This was despite the fact that a politician or their staff would be among the most likely to have access to the document published in the original story.