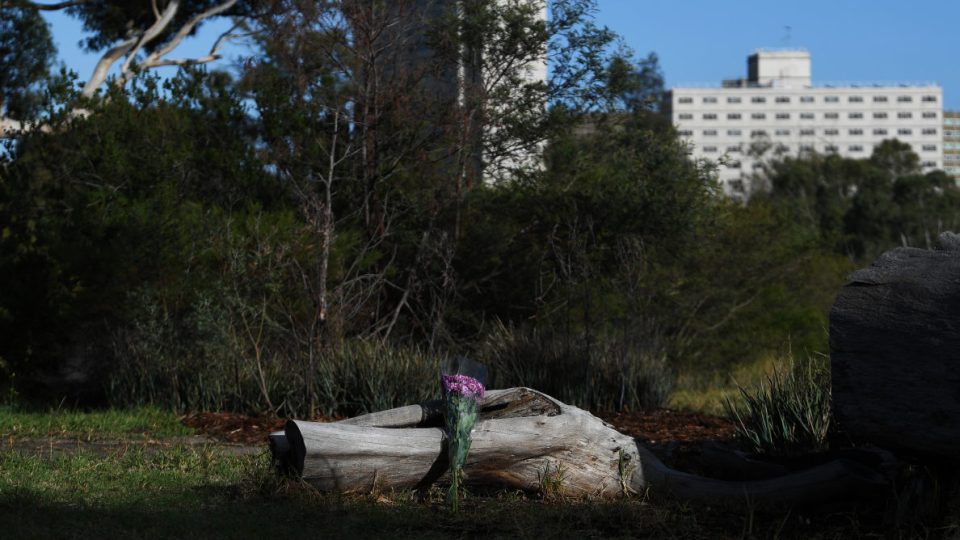 Friends of Courtney Herron, whose body was found in a Melbourne park at the weekend, have slammed Victoria’s “out of control” housing crisis, believing she may still be alive if she’d had a warm bed to sleep in.

It comes as Ms Herron’s ex-boyfriend, who remained the young woman’s friend after their split, has told how the 25-year-old was struggling to find a stable home despite friends and family doing what they could to help her through her troubles.

A distraught Terrick Norris spoke of his shock at learning of Ms Herron’s brutal death.

“She would turn up at my door around once a month,” Mr Norris told The New Daily.

“She was never living on the streets, she was always couch surfing. I let her stay at mine a bunch of times and so did her mother. But she was addicted to drugs and sometimes it got a bit too much.”

Ms Herron’s death – one of four in a public place in Melbourne’s inner-city in the past year – has again raised the issue of violence against women.

But it has also put the spotlight on female homelessness and the safety of young people who sleep rough.

Once part of a loving home, Ms Herron’s life took a turn when she became addicted to heroin and ice.

On Saturday morning, her body was found among trees and shrubs in Royal Park, in the inner-northern suburb of Parkville.

Detectives later revealed the former government worker had died of an “horrendous bashing”.

They have since charged Henry Hammond, 27, with one count of murder.

After breaking up with Mr Norris two years ago, Ms Herron had struggled to find secure housing. The pair had remained in touch and she often came to him to ask for help.

Another friend, Jessica Bateman, said that when they hung out two weeks ago Ms Herron had been desperate to find a home, but was struggling to get on Victoria’s waiting list for public housing.

“She was trying to get on a housing list but she said they are really long. She was really frustrated about that and when she told me, she was crying,” Ms Bateman told The New Daily.

“If she had a bed then none of this would have happened. This homelessness issue is out of control.”

Falling through the cracks

Advocates say the death of Ms Herron shows how vulnerable people living on the street can become. For the past 30 years, Australian house prices have increased and affordability has become a key issue – meaning thousands more people are without stable accommodation.

On census night in 2016, 116,000 people were homeless, with the biggest demographic being young people aged between 19 and 24, according to the Australian Bureau of Statistics.

The Grattan Institute’s Brendan Coates says there is a clear link between homelessness and housing prices.

“We know that homelessness has been rising over the course of the last decade. It’s a big issue in Melbourne and Sydney, where housing costs are high,” he tells The New Daily.

“The issue is two-fold – housing itself is really expensive, meaning people who are vulnerable can easily find themselves homeless. And the social housing stock has barely moved in two decades despite our population increasing by 33 per cent.”

Even if Ms Herron was able to get on the social housing list, she could have been waiting for years, says Council to Homeless Persons CEO Jenny Smith.

“If you’re a top priority you can be on there for 10 months, otherwise you can be waiting forever,” she told The New Daily. “We’re not increasing the supply and the demand is only growing.”

The level of social housing supply, which sits around 400,000 dwellings nationally, has barely grown in 20 years, according to a report released in April by the Grattan Institute.

The housing boom, coupled with low wage growth, welfare cuts and changes to the eligibility of welfare payments have all contributed to the growing number of people struggling to find secure housing.

In April, Anglicare analysed 69,000 rental listings across the country and found that only two properties were affordable for people living on Youth Allowance or Newstart – both of them in regional Australia.

“Many people are just one pay cheque or illness or family breakdown away from not being able to pay their bills and that’s an economic necessity issue,” Launch Housing chief executive Bevan Warner told The New Daily.

“We know there’s a growing problem and we know what needs to be done, but stigma gets in the way.

“There’s solid research that shows people don’t like poor people. We bother them.

“Governments have framed the debate to be about winners and losers, lifters and leaners, so people think ‘How much will it cost? Where are my taxes going?'”

To see meaningful change, all that’s really required is for governments to lead the conversation, he said.

“We have to have the political leadership and the community conversation,” Mr Warner said.

“We need more investment in solutions which work. We need to get ahead of the problem rather than tread water.”