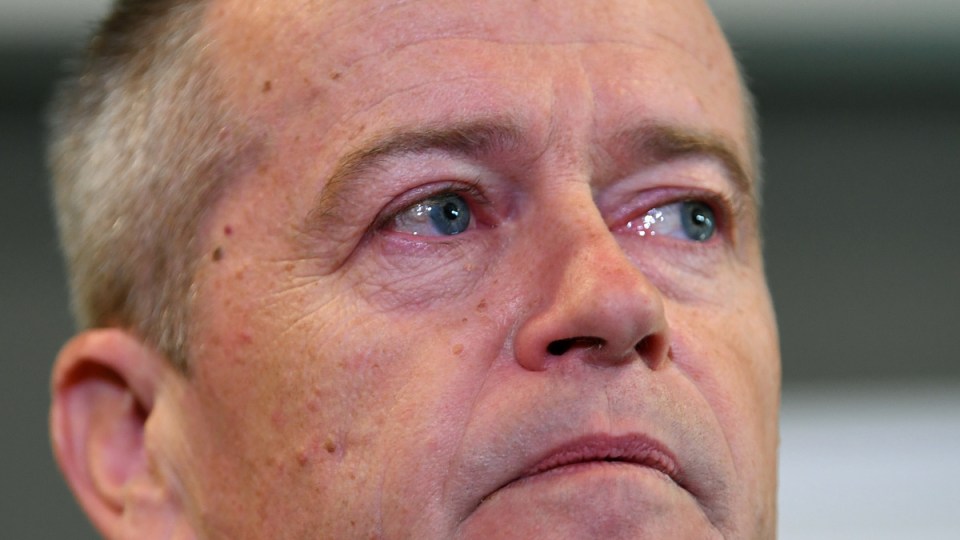 Bill Shorten has wept on the campaign trail responding to “a rubbish” story in Sydney’s Daily Telegraph about the life and career of his late mother Ann.

The Labor leader said he was glad his mother was not alive to see her image splashed across the newspapers in a story that questioned whether he had exaggerated his working-class background and underplayed her “illustrious” career in her late 50s as a barrister.

#MyMum, from a working class family, became a nurse, fell in love with a quadriplegic patient, put him through law school, raised 4 boys, then went to uni got degrees in science and theology, is president of her area St. Vincent De Paul and still looks after Dad full time today.

“My mum suffered a catastrophic heart attack in her sleep some time in the night of Saturday, April 5, 2014. So she never woke up. So it’s been about five years to last month when she passed away. I miss her every day,” Mr Shorten said.

“I sometimes get a sense of how she would react to things, because she was such a strong and clever woman. But I’m glad that she wasn’t here today to read that rubbish. Just rubbish. What I said at Q&A is what drives me.”

Campaigning at Nowra in NSW on Wednesday, Mr Shorten said his mother was “the smartest woman I’ve ever known”.

But he became emotional when describing her battle to find work as a lawyer after she topped law school after completing a degree in her 50s.

“I come from a great family. Mum, she was very brave,” he said.

.@billshortenmp has tearfully defended his mum's career against a 'rubbish' report that appeared in Sydney's Daily Telegraph. #ausvotes #auspol pic.twitter.com/dUFF37LqPq

“That is why I believe in the equal treatment of women. But it’s more than that.

“My parents sent me to a rich school. But we were not rich. We were not poor. We were like hundreds of thousands of other families.”

#MyMum migrated to Australia when she was just 17 to study medicine at Monash. She then served our local community for years as a family GP at Park Orchards Medical Centre, specialising in women’s health. She inspired me to work hard and give back. #BillsMUM #allourmums pic.twitter.com/qDEsjwMlxX

Prime Minister Scott Morrison, who was campaigning in Sydney, said Mr Shorten would have been hurt by Wednesday’s News Corp story and the election should not be about MPs’ families.

“Bill lost his mother five years ago and I can understand that that would have upset him a great deal,” he said.

“I would only extend my best wishes to him.”

He said the election should be focused on the choice between himself and Mr Shorten as prime minister.

“This election is not about our families,” Mr Morrison said.

“Despite being a Telegraph columnist, I must say this: Shorten spoke truly when he said his mother sacrificed her dream to be a lawyer, taking up teaching to help her siblings. There is no invention here,” he wrote on his blog on Wednesday.

Mr Shorten said his mother had shaped his politics since he was a child.

“Mum taught me that it doesn’t matter about your gender – it matters how hard you work,” he said.

“My mum gave me another bit of advice, it’s advice I follow. I’d go to her, because she’s so smart … She would never give me the free ride. She would say, ‘Look it up’.

“So I would say to whoever, when they organised a political hit on me in the election to cast some doubt – I can hear my mum now saying, ‘Don’t worry about that rubbish’.

“But she might tell whoever is pulling down a six-figure sum at the Daily Telegraph – ‘Look it up. Look it up’.

“She went back to Monash in 2012. I saw a pretty, bloody lazy editorial. I didn’t read it all. It said she achieved her dream.

“Who do some people in News Corp, and it’s not all of the journalists – I make that very clear – who do some of the lazy people think that they are?

“That, because they think that I explained myself at Q&A on a Monday night, that they play gotcha about your life story – more importantly, my mum’s?”

Mr Shorten said the truth was his mother did miss out on opportunities because of her age.

“She couldn’t get articles at a law firm because, you know what – as much as we love law firms – when you’re an older woman in your 50s, you don’t look young and jazzy and you’re doing your work,” he said.

“Then she went to the bar, and I noticed the Telegraph said that she was there for six years … She got about nine briefs in her time. It was actually a bit dispiriting. She had wanted to do law when she was 17. She didn’t get that chance. She raised kids.

“She went down and did some magistrates court work. But she discovered in her mid-50s that sometimes, you’re just too old – and you shouldn’t be too old, but she discovered the discrimination against older women.

“She’s brilliant. And that’s what drives me.”

The Shorten inspired #MyMum was trending on Twitter with stories of self sacrifice and inspiration.

#MyMum is 84 and no longer has to vote. Last year she made sure she voted for @DanielAndrewsMP Yesterday #MyMum went + voted for @billshortenmp Huge effort given her state of health but she felt she needed to vote. Said it might be her last time to help Australia. #MumsMatter

Just reading all these #MyMum tweets…here's me.
Got accepted into Uni, but family had no money for a living away from home allowance.
So moved in with my boyfriend who supported me -on condition we got married.
So "Mrs Harmer" at the age of 19… Age 23 divorced.
1/2