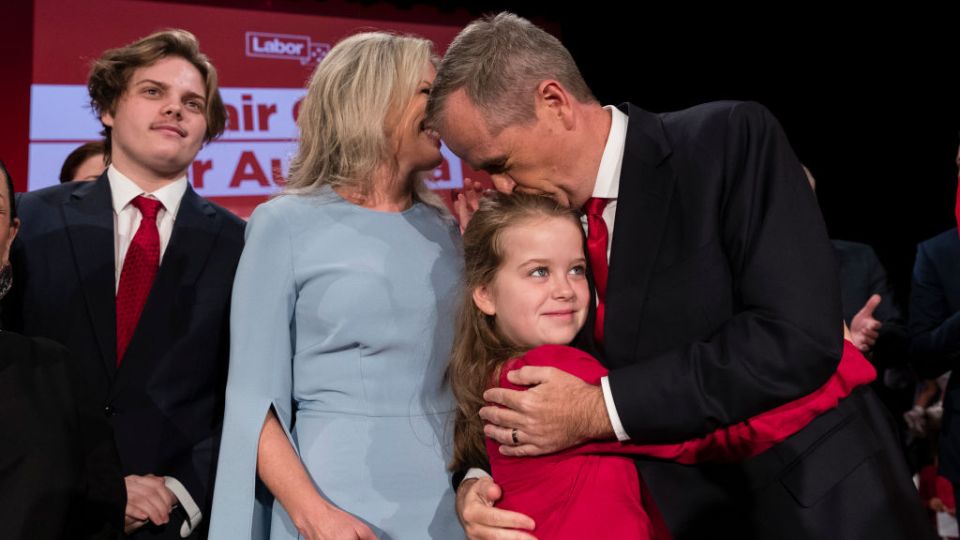 "Chloe and I know what it's like to sit in the emergency department, holding your child in the middle of the night. Photo: Getty Images

Bill Shorten will make a pitch to worried parents in hospital emergency waiting rooms at Labor’s official campaign launch, marking out health funding as a major point of difference with the government.

In his speech to the party in Brisbane on Sunday, Mr Shorten is expected to put the finishing touches on Labor’s health policy suite with a $500 million commitment for emergency department upgrades and more doctors and nurses to staff them.

“Chloe and I know what it’s like to sit inside the emergency department, holding your child in the middle of the night,” Mr Shorten said ahead of the launch.

“Most parents know what that’s like, and every parent fears it. There’s nothing more nerve-wracking, exhausting or dispiriting.”

Prime minister Scott Morrison will lay out his legislative priorities should the coalition be re-elected on May 18, putting tax cuts at the top of his agenda.

“It is your money and you should get to keep more of what you earn,” he says.

And Mr Morrison would want to move quickly to lock in his April budget, delivered just nine days ahead of him calling the election.

Labor says its promises to Australians on healthcare add up to $8 billion more than what the Morrison government has on offer.

This includes $2.8 billion in extra funding to hospitals, $2.4 billion for free dental care for pensioners, and $2.3 billion to extend the range of cancer-related services covered by Medicare.

The party sees health as one of its key strengths, with Mr Shorten spending the whole first week of the election campaign announcing new plans in the portfolio.

At Sunday’s launch, he’ll use his speech to focus on how all these announcements help Australians, saying that everyone needs Medicare and a hospital visit at some point, every pensioner needs dental, every parent needs the reassurance of their local hospital, and one in two people get cancer.

Labor has hammered its message over the past three weeks that it will close tax loopholes for the top earners and multinationals and use the money to fund better services, especially hospitals and schools, for everyone.

The government has countered by questioning the accountancy behind Labor’s claims and pointing to the record of the Rudd-Gillard government – which covered the period of the global financial crisis – and its legacy of deficit.

Labor’s other message with the launch, its major set-piece of the campaign, will be around its strong, united team.

Queensland is a key battleground state this election, with both sides believing a number of marginal seats are up for grabs.

While Sunday is the official launch of Labor’s campaign, Mr Shorten has already held two similar events with campaign rallies in the hotly-contested seats of Reid in Sydney, and Chisholm in Melbourne.