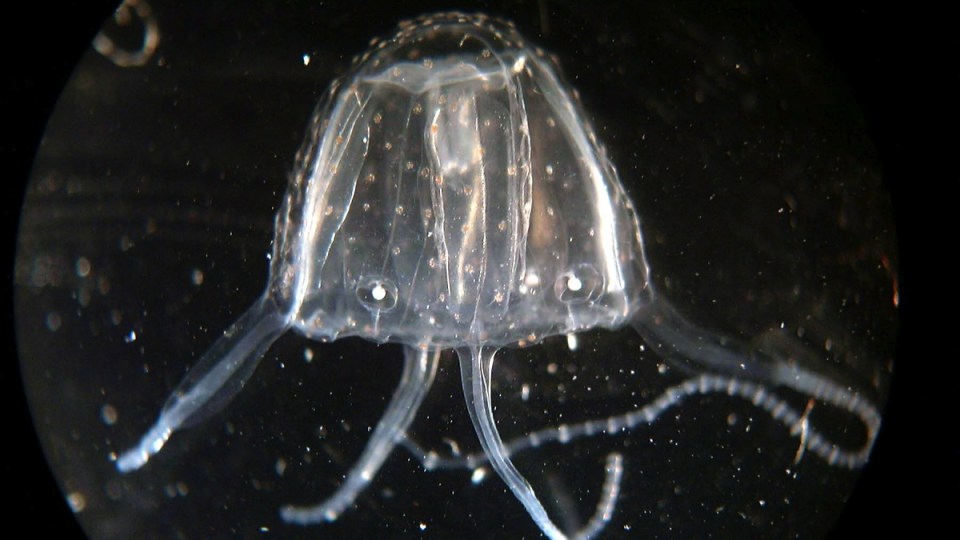 On January 7, 2018, the alarming news was that tiny, deadly irukandji jellyfish had been found off Fraser Island for the second time in two years. Three weeks later, a boy was flown to hospital with symptoms consistent with an irukandji sting after swimming in a creek off the island’s Platypus Bay.

He was, by then, the 10th person in a matter of weeks to suffer a suspected sting from a jellyfish that shouldn’t have been seen that far south in Queensland waters.

At the time, in media interviews, Professor Jamie Seymour, a toxicologist from James Cook University, said the jellyfish were thriving in waters that are warming due to climate change, and would sooner than later frequent the Gold Coast and possibly bring down the tourist industry.

Soon after, the Climate Council issued a report that echoed those claims.

This weekend four members of the same family group were stung, presumably within moments of one another at Fraser Island, including two children who were flown to hospital.

And Professor Seymour once more warned that climate change was to blame.

“The [stinging] season has become longer. Fifty years ago, the season was about a month,” Professor Seymour told AAP. “Now, it’s about five to six months. It correlates quite nicely with increasing water temperature.”

But as tour operator Barrier Reef Australia correctly notes, perhaps a little defensively, irukandji are found in South East Asia, to the Caribbean, Hawaii, South Africa and even the United Kingdom.

“Australia is leading irukandji research efforts, which is perhaps why the jellyfish is wrongly thought to only occur here,” the company says on its website.

As Dr Gershwin told CNN: “Australia is upfront about its jellyfish dangers, and also assertive in safety management, whereas other places have them, but may understand less about them or, in some cases, just don’t want to say.

“Jellyfish occur in all marine waters from pole to pole and at all depths. The life-threatening ones are found from about 40 degrees north to 40 degrees south latitude.”

In June, 800 people were stung by moon jellyfish at beaches in central Florida in one week.

That same month, 200 people a day were being stung along the Costa del Sol in Spain – with news outlets reporting that thousands of summer holidaymakers had been attacked.

In Australia we’ve probably been so focused on our own lethal backyard that what’s being touted as a global crisis has escaped our attention.

“Are swarms of jellyfish taking over the ocean?” asked the BBC in 2016.

The Global Jellyfish Crisis in Perspective, was published by JSTOR Daily, an online academic news journal.

There are so many ways that jellyfish are getting up people’s noses.

Salmon farms off the west coast of Ireland are routinely losing hundreds of thousands of fish to jellyfish stings.

In 2008, an invasion killed more than a quarter million farm salmon. In 2017, estimates of losses were higher – but there was confusion and panic because of the unknown number of salmon that had swum for their lives, infecting local waterways with their tweaked genetics.

In the last five years, nuclear and coal power plants in Sweden, the US, Scotland and Japan have been shut down because of great swarms of jellyfish invading and choking their cooling systems. A new warning system is under development.

In 2006, the aircraft carrier USS Ronald Reagan – the indomitable warship of the day – had to be evacuated while visiting Brisbane because the cooling pipes for the ship’s nuclear reactor were clogged with jellyfish.

In 2017, the Chinese navy – building itself up in a bid to rival that of the US – found that its carriers were vulnerable too. The Chinese have been working on a jellyfish shredder as a defence mechanism – a net hundreds of metres long lined with sharp steel blades, and towed behind a ship that acts as a jelly mine-sweeper, ahead of the bigger vessels.

In battle then, enemy aircraft would simply need to take out the jelly sweeper and let the Chinese carriers following on, choke and die.

As Popular Mechanics gleefully noted, the problem is in part China’s own making: “Its overfishing, especially of shark fisheries, is a contributing factor to the global jellyfish population explosion.”

That’s appears to be the conventional wisdom among researchers: jellies, adaptable and in some cases almost immortal, have spawned mightily because of over-fishing and global warming.

Thank goodness world governments are taking decisive action on those issues – or at least are talking about it.

Don’t let jellyfish creep you out: They’re only taking over the world