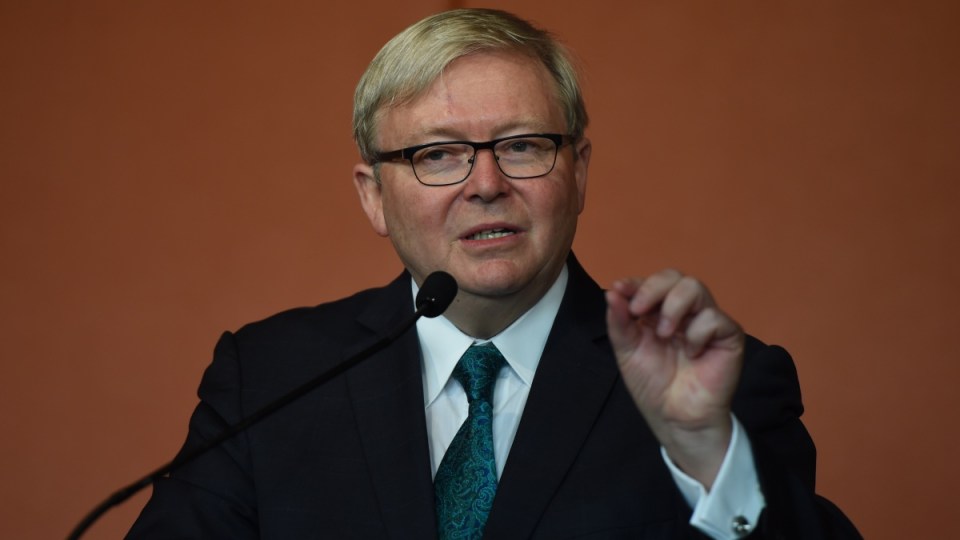 Former prime minister Kevin Rudd says he would have delayed his government’s pink batts scheme had he known there were safety risks.

Mr Rudd was cross-examined for 45 minutes in the Victorian Supreme Court on Monday via video link from New York as part of a class action trial over the abrupt cancellation in 2010 of Labor’s home insulation program in which four installers were killed.

When asked to confirm he was prime minister from December 2007 to June 2010, and between June and September 2013, Mr Rudd said: “That’s correct, I have the scar tissue to prove it”.

Class action barrister Jim Delany QC and counsel for the Commonwealth, Rachel Doyle SC, both asked Mr Rudd to respond to hypothetical questions about the program.

For example, what would have been the response to safety concerns requiring the scheme to be deferred?

Mr Rudd said cabinet would have delayed rolling out the scheme if they had been advised more time was needed to get it right.

But Mr Rudd said he was never told of safety risks “to either workers or households”.

The cabinet would have wanted to fix any safety issues that affected workers, he continued.

“I cannot speak on behalf of my colleagues,” he said.

“But knowing them to be people who are mindful of their broader responsibilities, and the fact that we came from a Labor government, which is concerned about the interests of workers, that would have been their first consideration as well.”

“I think we have gotten to the end of the tether,” he told the court.

He said the cabinet process “is what it is” and relied heavily on advice from the public service and the ministers in charge of the relevant portfolio.

More than 140 businesses have joined the class action, which began in late April and is seeking about $150 million in damages from the Commonwealth of Australia.

The businesses claim they suffered heavy losses when the program was shut down for safety reasons as a result of the government’s negligence.

The Rudd government established the $2.7 billion Home Insulation Program in mid 2009 as part of a broader $42 billion economic stimulus package.

But it was shut down a year later following the deaths of four workers in NSW and Queensland in 2009 and 2010.

It’s expected the men will appear in court on June 12.