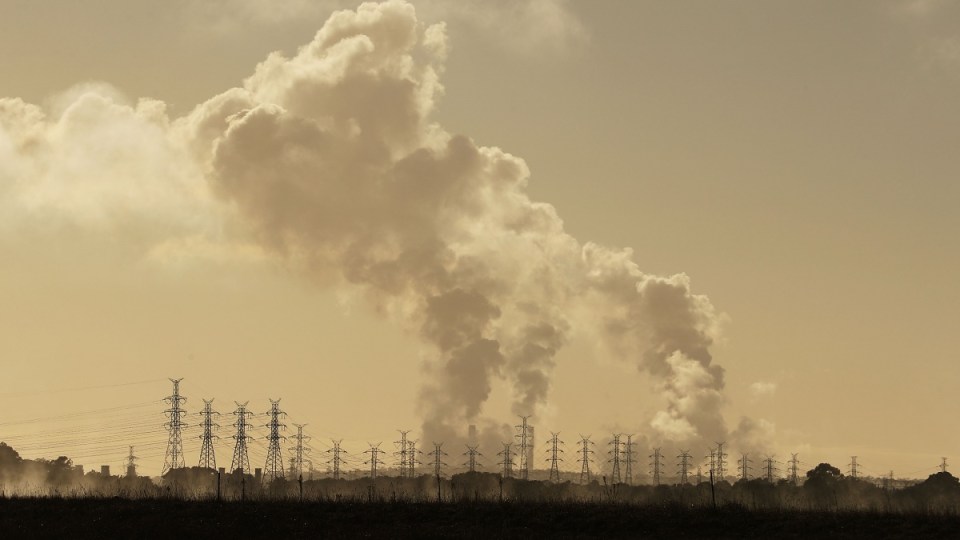 A power crisis may be developing in Australia, with fears mounting about more black outs and rising energy prices. Photo: Getty

Southern Australia is facing a power crisis as temperatures climb toward another sweltering scorcher late in the week and the national grid comes under pressure to cope with anticipated demand.

The hot weather that baked Victoria, South Australia and NSW on Thursday and Friday, severely stressing electricity supplies as Australians turned up their air conditioners, was a close call.

Only two states – Tasmania and Queensland – were producing more electricity than they used, and it was that small combined surplus which stopped blackouts and the closure of industry.

Cool on Saturday in Victoria and coastal NSW, with temperatures in the comfortable mid-twenties, Adelaide was the only southern hotspot on 33 degrees at 6pm. After that, though, the Bureau of Meteorology predicts a run of warm, mild days that will pose no threat to the grid.

But on Wednesday, Adelaide’s forecast calls for a high of 30 degrees, to be followed by temperatures that will escalate to close to forty degrees by Saturday.

Outer suburban western Sydney is already getting a taste of what lies ahead.

While Sunday’s temperatures near the coast will be a tolerable 30 degrees, Penrith is bracing for a week of torrid temperatures as high as 43 degrees, according the Bureau of Meteorology.

Melbourne, too, is due for another heatwave as the same boiling weather moves to the east from South Australia – and that could be a huge problem.

Last week’s heat saw Melbourne’s Alfred Hospital initiate a ‘Code Yellow’, dimming lights and non-essential equipment in a bid to avert a Friday power outage. A hospital spokesperson said the move was “consistent with the advice provided by the Australian Energy Market Operator”.

But AEMO spokesperson Jake Faroud told The New Daily the regulatory authority had not directed the hospital to conserve energy, stressing that the decision was made independently.

Mr Faroud also said AEMO had not requested any load-shedding — industry shorthand for planned blackouts — to contend with energy-supply issues since the beginning of the Australian summer.

“Any blackouts that happen will be at a distribution level when we have an extremely hot day,” the AEMO spokesperson said. “We have not asked anyone to load-shed, or asked them to turn off their lights.”

To ensure adequate “demand response” and energy reserves throughout the summer period, AEMO has procured access to an additional 1100 megawatts through a tendered program called the Reliability and Emergency Reserve Trade scheme.

The scheme pays companies to turn down electricity usage and crimp operations for an hour or two. It also provides the option of adjusting working hours outside periods of peak electricity demand.

Alcoa’s aluminium smelter at Portland, on Victoria’s far south-west coast, was warned it might need to rein in power use when the heat was at its worst on Friday afternoon.

“If managed appropriately Portland Smelter can be safely curtailed for short time periods (up to one hour) to provide much needed capacity during peak demand periods,” a company spokesman told the ABC.

Construction Forestry Mining and Energy Union Latrobe Valley branch secretary Geoff Dyke told The New Daily  that paying industry to shut down to find a power shortfall was a signal of a “power crisis developing” in Australia’s eastern states.

The union representative from the heart of Victoria’s brown-coal country said capacity had tightened since the closure of the Hazelwood power station in 2017, stripping 1200 megawatts from the system – 100 megawatts more than the power on tap under the Reliability and Emergency Reserve Trade scheme.

He pointed to power “trips” at Loy Yang B Power Station this week – stripping more than 500 megawatts from the grid – as an example of spikes and fluctuations in a system he said needs a foundation of “baseload” power from coal and gas-fired stations.

“When everything tightens up and everything you’ve got has to keep running, that’s when maintenance problems like this become more apparent,” Mr Dyke said.

The wholesale electricity price soared as a result of the Loy Yang B failure, leaping briefly from about $80 a megawatt-hour to an incredible $12,000 and higher.

Mr Dyke said the price of power soared when the system was in crisis and the owners of coal generators were “happy for shortage of power” while making millions.

“What you’ll see is power demand will increase in the next couple of weeks and there will be a real squeeze in February,” Mr Dyke predicted.

Federal Energy Minister Josh Frydenberg said the government had advice from AEMO that the system would be able to cope, but he conceded consecutive hot days would be a “real test”.

Interviewed on 2GB radio, Mr Frydenberg said a number of unprecedented actions had been taken in the last 12 months to prepare for these challenges, including bringing three previously mothballed gas-fired power stations back online.

“We’ve also ensured that the maintenance schedules are up to scratch and we’ve ensured the guarantee of supply of gas,” he said.