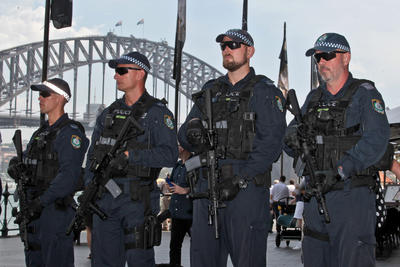 A man is in custody after the discovery of a body in Sydney. Photo: AP

A man is in custody after a body was found near a Sydney train station.

According to NSW Police, the body of a man who had suffered severe lacerations was found by members of the public about 6am near Hurstville Railway Station.

Police say they soon arrested another man nearby and seized an edged weapon.

A crime scene has been established near the Forrest Road entrance to the train station, and the arrested man has been taken to Kogarah Police Station.

Man in custody after body found in Sydney