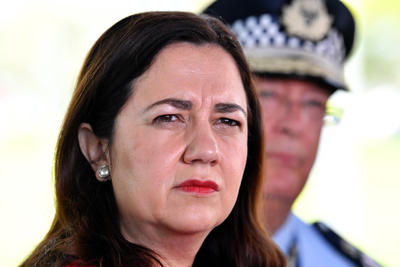 Queensland’s Police Union has slammed the removal of gender information from the state’s driving licences as “out of touch nonsense” despite acknowledging the move has no impact on operations.

The Palaszczuk government stopped displaying gender information on new and renewed licences in October 2016, but the Transport and Main Roads department still records the details, which are available to police.

While it’s not been noted as an issue by any officers until now, the plan has been derided by Queensland Police Union president Ian Leavers.

“It generally doesn’t have any effect on how we as police can do our job; it does, however, have all the hallmarks of the typical, out-of-touch nonsense we as a society have come to expect from government bureaucrats with no practical experience,” Mr Leavers told AAP on Friday.

“The next thing you know, these same government types will want to remove the actual photograph of a person from a driver licence because people might be offended because their photograph doesn’t look as good as they’d like it to be. Where does it end?”

Queensland Opposition Leader Deb Frecklington says the move is the result of a focus on political correctness.

She has called for gender information to be once again stated on Queensland licences, labelling its removal a “nanny state” move.

Ms Frecklington says the government should instead be focused on unemployment, ensuring trains are ready for the Commonwealth Games and lower power bills.

The change was made following amendments to the 2013 Commonwealth Sex Discrimination Act and improvements to biometric imaging and facial recognition technologies.