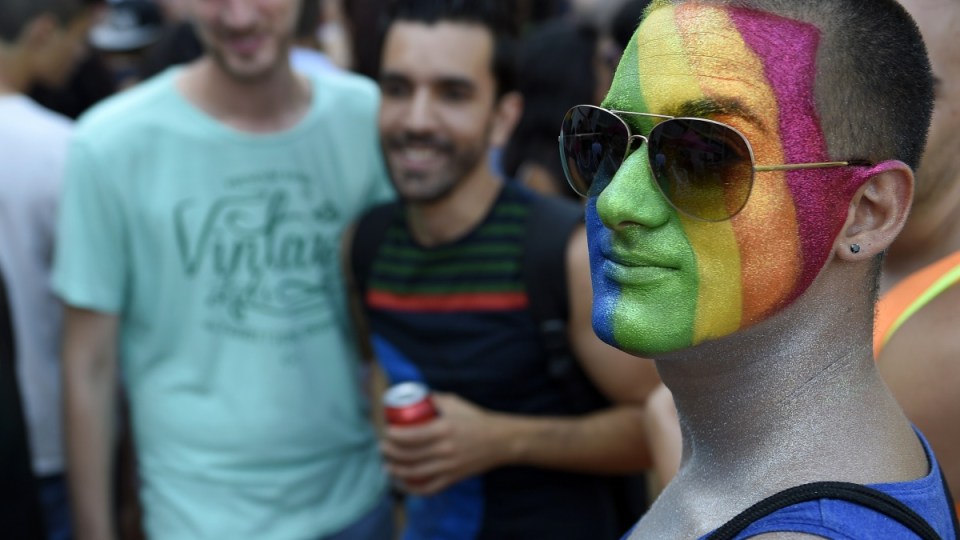 Marriage equality will not destroy our way of life. Photo: Getty
analysis

Many years after Tony Abbott launched his campaign against the “carbon tax” it was exposed by none other than his former chief of staff as a complete ruse.

The freshly minted Murdoch opinionista, Peta Credlin, boasted on breakfast television that “it wasn’t a carbon tax, as you know … but we made it a carbon tax. We made it a fight about the hip pocket and not about the environment. That was brutal retail politics.”

This is one of the most basic, but potentially devastating, tactics used in political campaigning.

If you are trying to defeat something that voters feel mildly positive or neutral about, present it as a threat to something they feel strongly about.

Doing something about climate change was reframed as an ideological government impost that would damage “our way of life”.

Does that sound familiar?

It should, because marriage equality is being depicted in the same way, and for the same purpose – to turn soft support for same sex marriage into much stronger rejection of the threat it poses to the “way things are”.

Even if the High Court throws out the postal survey next week, opponents of the concept will continue to reframe marriage equality in ways that have the best chance of increasing opposition.

As always, it’s useful to know the facts when this nonsense is being spouted.

Here are five reasons why marriage equality will not destroy life as we know it.

1. Marriage is not a sacred institution

Despite what you might hear, marriage hasn’t always been between a man and a woman, preferably forever and for the purpose of having children.

In many societies outside Christianity, marriage also included
polygamy and husbands having concubines.

Marriage doesn’t always last forever or include children either, even though advocates of the “No” case might prefer it otherwise.

Marriage in Australia today hasn’t been devalued by marriages that break up or are childless, and it won’t be devalued if it’s extended to two
men or women.

Churches already have the right to refuse to officiate marriages for divorced or interfaith couples.

This right will be extended to the refusal of same-sex couples.

Australia does not have completely free speech like the US, but there are no laws that would prevent us from speaking against marriage equality were it legalised.

Free speech in Australia is limited by defamation, censorship and some terrorism laws, and the Racial Discrimination Act, which makes it illegal to offend, insult, intimidate or humiliate a person based on their race, colour or ethnicity.

Three Australian states and one territory have introduced laws to protect members of the LGBTI community from vilification. However this occurred despite the absence of marriage equality.

If similar laws were to be introduced by other states, it would likely happen whether or not SSM becomes legalised

4. Marriage equality will not dictate what kids wear to school

The “No” case people clearly think Safe Schools is their secret weapon against marriage equality.

If soft supporters of gay marriage are unperturbed by talk of sacred institutions, religious freedom and free speech, the threat of their children being brainwashed at school might do the trick.

Yet Safe Schools is a state-based initiative being rolled out in some schools and not others.

It has nothing to do with marriage equality, and will be implemented by the schools that want it, even if gay marriage is not legalised.

Australia’s single parents know only too well that healthy children can be successfully raised by families without either a father or a mother.

The same logic applies to families with same-sex parents, and the research bears this out.

Children in such families do as well emotionally, socially and educationally as their peers from heterosexual couple families.

More recent Australian research found that “on average, children with same-sex- attracted parents scored pretty much the same as the average Australian child.”

It also showed that “in some areas, including how child health is affected by how families get along, children with same-sex attracted parents are doing better.”