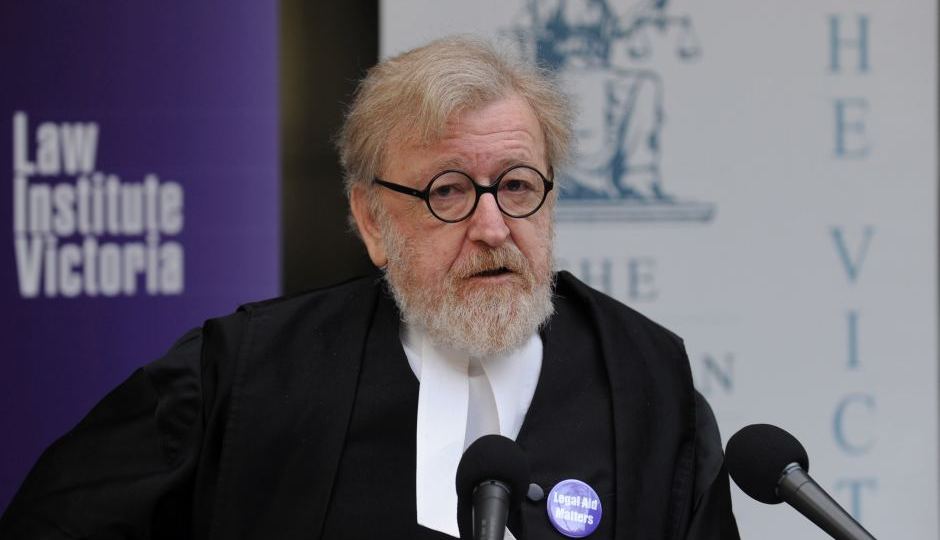 Guilt beyond reasonable doubt. That is the test to be applied by Robert Richter QC in defence of George Pell.

The Cardinal, 76, has engaged the services of the Melbourne barrister to defend him against the so-far unspecified criminal charges being brought by Victoria through the state’s Director of Public Prosecutions.

At the centre of the effort to prove Cardinal Pell’s innocence is the eminent Melbourne barrister whose career has been characterised by high-profile cases.

Publicised in The Age and Melbourne media as barrister to the rich and famous, Mr Richter’s most recent big ‘win’ was securing the acquittal of underworld figure Mick Gatto on a charge of murdering the Melbourne underworld hitman Andrew Veniamin.

Before a jury, Mr Richter established Mr Gatto did not murder Mr Veniamin in a Carlton restaurant in 2004. Mr Veniamin’s demise was a case of self defence. Mr Richter turned the trial of Mick Gatto into an issue of intent. With no witnesses apart from Mr Gatto himself, intent came down to the forensics over Mr Gatto’s claim of a struggle with a revolver.

As reported by Evan Whitton, veteran court reporter and author of many books on the adversarial system, Mr Richter opened the Gatto defence:

The shots went off during a desperate struggle for that revolver, and it was only on the last discharge of Mr Veniamin’s weapon which rendered him incapable of continuing his attempt to murder Mr Gatto.

After the case, Mr Gatto is reported to have said:

Thank God for the jury system. That’s all I can say. Thank God for Robert Richter, a beautiful top barrister!

Robert Richter, by all accounts, is a brilliant publicist, courtroom and evidentiary tactician. If acquittal cannot be achieved for his clients he mitigates risk to minimise the loss of their liberty.

He successfully defended John Elliott in the Elders IXL case in the mid-1990s. He defended Ray Williams through the HIH royal commission and subsequent court cases. He stood in court on behalf of Julian Knight, eventually convicted of the Hoddle Street massacre. He has worked for police officers and criminals, corporate and professional high flyers in trouble with the criminal law.

But his most high profile case may lie ahead.

Now he is defending one of the most powerful men in the Vatican and Australia’s most senior Catholic.

First there will be committal proceedings to establish before a magistrate if there is a prima facie case warranting a trial.

Will the charges alleging sexual assault involving multiple individuals be dealt with separately or together?

That is a matter for considerable procedural and tactical debate in what is an adversarial legal system. British (Australian) justice is not an inquiry into the truth like a royal commission or anti-corruption investigation. It is about the guilt or innocence of the accused person confronting specifically defined charges.

Cardinal Pell is entitled to the presumption of innocence, which means the Crown must prove the date and time and factual circumstances of the alleged criminality. He is entitled to the right to silence. He is under no obligation to enter the witness box to face the prosecutor’s questions beyond the police interrogation to which he has already co-operatively submitted.

The onus is on the Crown to lay out all admissible evidence to prove a criminal act was committed thereby establishing guilt requiring a custodial sentence.

Just how long this will take?

The Pell case is likely to go on for the next year or two, possibly three if separate trials are ordered.

In the interests of a fair trial media cannot and must not speculate on the strength or otherwise of the still unknown prosecution cases.