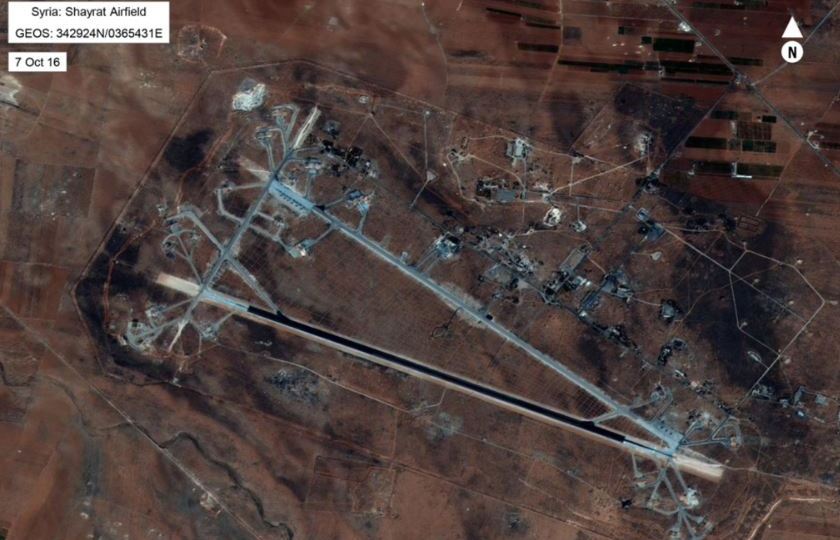 At roughly $US1.5 million apiece, President Donald Trump’s cruise-missile blitz on Syria was not much more than a nickel-and-dime operation by the standards of the Pentagon’s accountants. Just what the ultimate cost will be, though, is as hard to discern as the tangled alliances, regional rivalries and, most of all, the global repercussions of the unprecedented offensive.

For the first time since Barack Obama gingerly dipped a US toe in the swamp that is Syria’s civil war, America has struck hard and directly at the regime of a close Russian ally, prompting a demand by President Vladimir Putin that the UN convene an “emergency” meeting of the UN Security Council.

Obama had directed US efforts only against ISIS, leaving Russia with a free hand to bomb rebels and support dictator Bashar al-Assad as it saw fit. Even in that that limp effort Obama’s actions fell short of his words, which pledged in the wake of the first known poison-gas attack that he had drawn “a red line” and would take military action if Syria crossed it.

Assad perpetrated further massacres and, while the world watched and waited, Obama limited his response to rhetoric and regrets.

Until yesterday, the Trump doctrine had been to steer well clear of entanglement in the conflict – a policy he repeated tirelessly on the campaign trail with two simple words: “America first.” His attitude mirrored Tony Abbott’s analysis that the civil war was a case of “baddies versus baddies.”

Now everything has changed.

Launched from two US warships in the Mediterranean, the rain of 450-pound Tomahawk warheads pulverised the al-Shayrat airfield intelligence analysts say served as the base for the planes which mounted the poison-gas attack that killed scores and shocked the world.

The death toll, according to Syria, was only six lives lost, suggesting the sophisticated missiles, which the Pentagon says are accurate to within three metres, were meant as both retribution and, even more than that, a warning.

Significantly, Pentagon sources have been at pains to let it be known that the section of the air base occupied by Russian planes and personnel was never a target and was not hit.

The echoes of those precisely targeted blasts are still booming throughout the globe.

In Washington, Trump’s direct assault on Moscow’s ally will do much to demolish the accusation that the alleged help of  Putin’s cyber hackers installed the real estate tycoon in the White House and made him the Kremlin’s puppet.

In Beijing, the conclusion will be that this new president is not in his predecessor’s meek-and-mild mould.

This is an impression Trump will no doubt reinforce with visiting President Xi Jinping at this weekend’s summit at the president’s Mar-a-Lago estate, where the leaders will be discussing trade, North Korea and rising tensions in the South China Sea.

And in the Middle East, who knows where it will lead?

Iran, Assad’s supporter and close ally, has denounced “any such unilateral strikes” in an official statement, saying “such measures will strengthen terrorists … and complicate the situation in Syria and the region.”

Trump had already branded the nuclear pact that Washington struck with Tehran under Obama as “a disgrace and a betrayal” and has not shrunk from ratcheting up tensions between the two nations since his election.

Iran will have little-to-no opportunity to strike back directly at US forces in the region, but as a known sponsor of terrorism could seek revenge elsewhere and in different ways. Expect stepped-up security measures in US airports and cities.

The possible consequences also stretch to New York, where Putin has demanded that the UN convene an urgent meeting of the Security Council – another frequent target of Trump’s angry words.

Immediately before launching Friday’s attack, Trump painted the UN as a useless and impotent organisation which could have done much more to end the conflict but chose to do nothing. In late December he derided the UN as “just a club for people to get together, talk and have a good time”, further suggesting that the US was close to withdrawing all financial support from the world body unless it mended its ways.

Were he do that, would the institution remain in its home of 71 years in Turtle Bay on the eastern edge of midtown Manhattan? Once inconceivable, but not after yesterday.

The ultimate winner may well be Trump himself, who in one stroke has drawn his own “red line” between his presidency and that of his predecessor. Just how well that works and, if does work, for how long is an open question.

Unlike Tomahawk cruise missiles there can be no accurate predicting where the ultimate consequences will land – or hard they will hit.

Unlike a Tomahawk, there’s no telling where and how far this will go