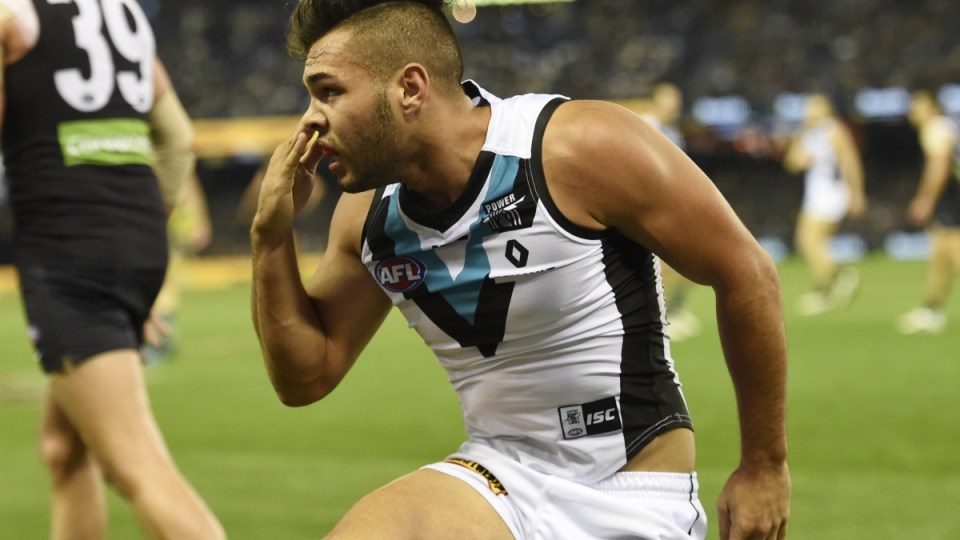 Port Adelaide's Jarman Impey fled the scene of a multi-vehicle prang but has been allowed to keep his licence. Photo: AAP

Port Adelaide AFL player Jarman Impey has pleaded guilty to crashing his car into four parked vehicles and fleeing the scene on foot after a pool party at a teammate’s house.

Impey on Friday pleaded guilty to driving without due care, failing to exchange particulars and failing to report the collision in December last year.

The 21-year-old will be allowed to continue driving, copping a $700 fine in the Adelaide Magistrates Court but no licence disqualification.

“I fully accept the court’s decision,” he told reporters outside court.

“It’s behind me now and I’m looking forward to the future.”

Impey had been at a party at teammate Angus Monfries’ house in Norwood that Saturday night and left to go to an ATM, the court heard. 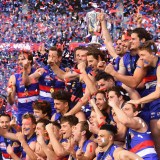 AFL boss: No twilight Grand Final, not this year anyway

As he was driving in Norwood he reached down to the console to check if his wallet was there, losing control of the car.

“He was not paying proper attention,” Impey’s lawyer Darren Russo said.
Impey crashed into a ute on the wrong side of the road and reacted by oversteering, hitting three more cars before he stopped and fled.

“He immediately was fearful he would bring adverse publicity to the football club and himself,” Mr Russo said, explaining why the player ran. “It is a decision he very much regrets.”

The dashing defender left his wallet, keys and mobile phone in his car and walked about 17 kilometres home.

Club officials located him after midnight but didn’t take him to police until Sunday morning, about 12 hours after the crash.

Port chief executive Keith Thomas earlier said Impey had been drinking with his teammates that day.

Impey was fined $5000 by the club and suspended from the opening round of the AFL season as punishment for his actions.

“Didn’t seem to do any harm,” magistrate David Gurry said, referring to the Power’s win over Sydney last weekend.

The court heard Impey has paid more than $11,000 to the owners of two of the cars he hit while the other two vehicles were insured.

“Within a couple of days of the incident, he personally called all of those owners,” Mr Russo said.

The Holden sedan he had been driving, which had belonged to his late father, was written off.

Impey is set to line up for Port Adelaide’s clash against Fremantle at Adelaide Oval on Sunday.