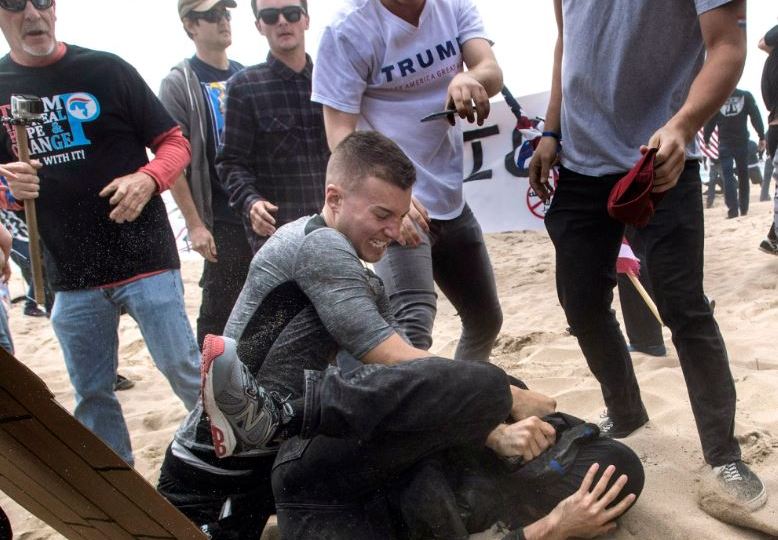 Supporters of President Donald Trump holding a rally on a popular southern California beach have clashed with counter-protesters and four people have been arrested.

Multiple fights broke out and at least one Trump supporter was doused with pepper spray when pro-Trump demonstrators marching along Bolsa Chica State Beach encountered a small group opposed to the Republican president who had gathered to denounce the rally.

Four counter-protesters were arrested, three for illegal use of pepper spray and one for assault and battery, Kevin Pearsall, a spokesman for the California State Parks Police said.

The fights started on Saturday afternoon when around a dozen anti-Trump protesters dressed in all black refused to move from a bike path to allow a larger group of pro-Trump supporters taking part in the Make America Great Again rally to pass.

The confrontation escalated into a fight with more skirmishes quickly breaking out. 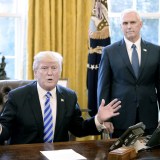 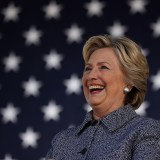 At least one person was pepper-sprayed by an anti-Trump protester, Pearsall said. Park police estimated that 2000 Trump supporters flocked to the stretch of coastline located south of the ocean-side community of Huntington Beach. Around 20 counter-protesters attended, Pearsall said.

Video footage from social media uploaded to the Los Angeles Times‘ website showed a chaotic scene with men fighting in the sand and a group of around 20 Trump supporters, some carrying Trump flags, chasing a man in a black mask away from the beach and onto a freeway.

The man was stopped by members of the California Highway Patrol, the newspaper said.

The masked man had used pepper spray on a female rally organiser and was set upon by a group of Trump supporters, the newspaper reported.

Demonstrations denouncing the Trump administration have drawn hundreds of thousands since he took office in January. Smaller rallies have been staged across the country in support of Trump.

On Saturday, Trump praised his supporters.

“Thanks you for all of the Trump Rallies today. Amazing support. We will all MAKE AMERICA GREAT AGAIN!” He said in a message on Twitter.