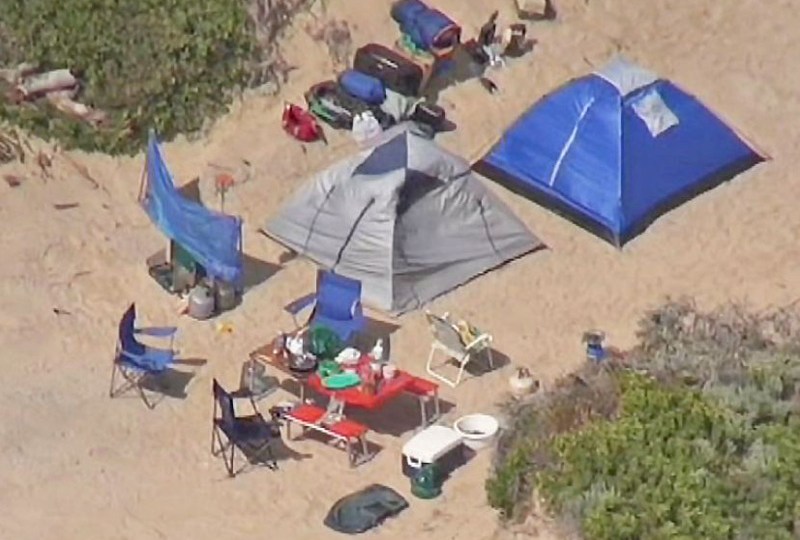 A Brazilian backpacker found naked and screaming for help at Salt Creek looked like someone who “had seen the devil,” the South Australian Supreme Court has heard.

A 60-year-old South Australian man, whose identity has been suppressed, is on trial after pleading not guilty to seven charges, including attempted murder, aggravated kidnapping and indecent assault.

It’s alleged he tried to rape the Brazilian woman at a remote beach in Salt Creek in February last year.

It’s also alleged he brutally attacked a German woman with a hammer when she came to her friend’s aid and later rammed her several times with his four-wheel drive.

The court heard Ali Mohammed, his son Adbul-Karim and 15 of their relatives were staying at Salt Creek on the afternoon that the alleged attack occurred.

Abdul-Karim said he was driving with father and two cousins to a fishing spot on the beach when they found the woman screaming for help.

She was standing on top of the hill completely naked, waving her hands.”

He told the court the Brazilian woman ran down the hill and jumped into the back of their car.

“She came straight down, you could tell she was in shock, like someone was chasing her, as if there was someone right behind her,” he said.

“She was very scared, she just kept telling us ‘please, just go, please, he’s going to kill us all, he tried to rape me, he tied me up and he’s got my friend and he’s still out there with her’.”

Rescuers ‘shocked by what they were seeing’

He said he gave the woman a spare pair of pants that he had in the car and his cousin gave her a jacket.

She was kind of relieved, and at the same time it was pretty much like she had seen the devil.”

He told the court they were all in shock when they saw her and were not sure what to do next.

“We were all looking at each other like, ‘is this for real?'”

His father Ali described the woman as “hysterical” with bruises and scratches on her body and a black eye.

The court heard the family struggled to get signal to call police but managed to get in contact with the owner of the Salt Creek roadhouse, who alerted authorities.

Adbul- Karim said they wanted to take the woman off the beach to safety but she insisted they go back to the campsite to look for her friend.

She said ‘I’m not going to leave my friend, she saved my life’.”

The father and son both told the court they searched the campsite for the German woman, but she was nowhere to be seen.

They said they were apprehensive about staying in the area given what the woman had told them.

“We weren’t sure what this guy’s capable of, if he’s got weapons on him or anything,” Abdul-Karim said.