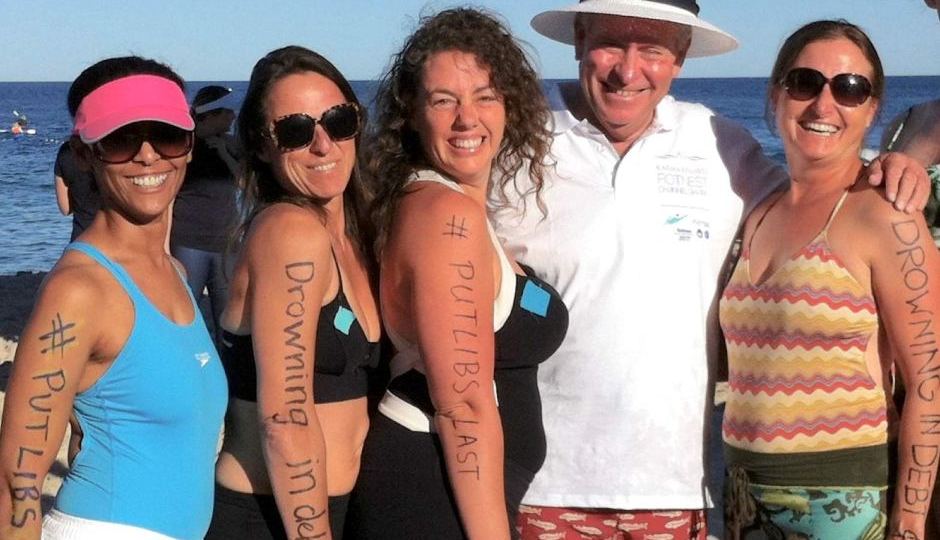 Things haven't been going all that well for WA Premier Colin Barnett, who found himself the unwitting dupe of Labor supporters at a campaign stop. Photo: Danielle Loizou Lake/ABC

WA Premier Colin Barnett is putting a brave face on the latest polling which shows Labor will win next weekend’s state election, insistng his Liberals are still in the game because of undecided voters.

A Galaxy poll commissioned by Seven West Media shows Labor has a 54 to 46 per cent lead over the Liberal-National alliance on a two-party preferred basis.

“I’m a little bit disappointed but I think it confirms what most polls have indicated, and while there’s been a great deal of variability within the polls, it’s clear that the Labor Party has been in front,” Mr Barnett told reporters.

“There’s still the best part of a week to go and a large number of voters, maybe 15-20 per cent, have yet to decide how they’re going to vote, so we’re still in this game.”

“Mark’s OK, he works hard but I tell you what, Western Australia is headed for mediocrity,” he said. 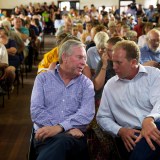 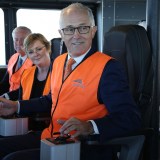 The premier said the Labor campaign was being massively funded by the unions, helping the party out-spend the Liberals on advertising by five-to-one.

“Almost every second ad on television and radio is a union ad having a go at me or having a go at the Liberal party,” he said. “If nothing else, that should give voters a pretty clear indication of what will happen if Mark McGowan is premier.

“The unions will want their pound of flesh – they will want a direct say in all government decisions.

“Probably two-thirds of a McGowan cabinet will be recent union officials.”

Mr Barnett said the Liberals were largely running their grass roots campaign with volunteers on the streets and he accused Labor of paying people to pound pavements.

The campaign has entered its final week, with One Nation leader Pauline Hanson expected in WA for campaigning until election day on Saturday. Senator Hanson took heart from the Galaxy poll that shows One Nation on nine per cent.
“I do believe we will win seats in the upper house, especially as the Libs are preferencing us before the Nats and Labor,” she told ABC TV on Sunday.