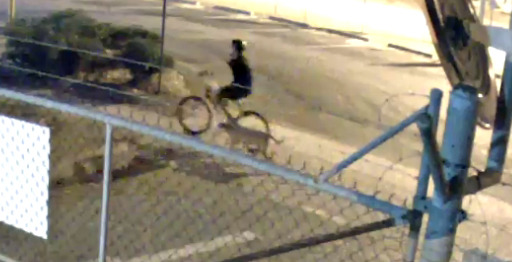 Police released this CCTV image of a suspect after the serious assault of the 24-year-old Polish woman. Photo: AAP

A Polish nanny has died in a traffic incident in her homeland, possibly unaware a Queensland man had been charged with raping her in Australia late last year.

The 24-year-old woman was walking in Petrie, north of Brisbane, on November 25 when she was attacked in the car park of a council complex.

She suffered serious head and facial injuries, including a broken nose, and had to undergo surgery before returning to Poland in December.

After repeated calls for public assistance from police, a 28-year-old Petrie man was arrested on Thursday and charged with rape and acts intended to cause grievous bodily harm.

But as he faced a closed hearing in Brisbane Magistrates Court on Friday, police released a statement revealing the victim had recently died in a traffic incident in Poland.

A man's been charged following the serious sexual assault of a 24-year-old Polish woman in Petrie last year. https://t.co/v1j0dOx6Ss

Details surrounding the incident are not yet known but Acting Detective Superintendent Mike O’Dowd said officers were making inquiries overseas.

“It is a sad set of circumstances,” Supt O’Dowd said. “I think everyone who’d been involved in the job would have been moved by that.”

Supt O’Dowd said CCTV and scientific evidence had been of great assistance in the “methodical, detailed” investigation.

He said the case against the man would proceed despite the death of the victim, who may not have known someone had been charged over the attack.

During the investigation police released CCTV footage of three people they had identified as persons of interest who were in the area at the time of the attack.

Forensic tests were carried out on a number of items found at the scene, including a buckle bearing a cross with the Star of David in the middle.

“It was of a sexual nature and it was a serious category of that,”

“It was a very horrific attack … it does appear to be a completely random attack.”

The accused man was denied bail and had his matter adjourned to April 3.