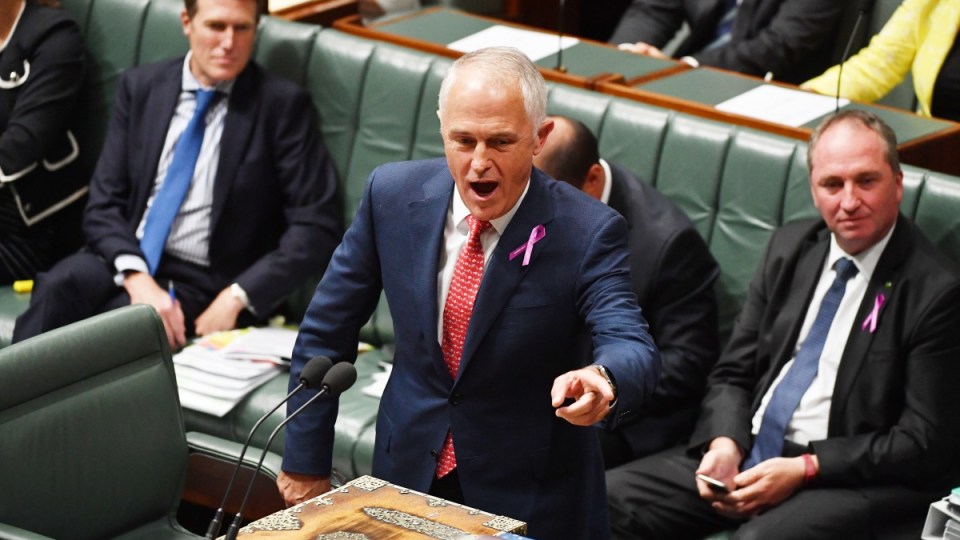 The first two weeks of federal parliament for 2017 are barely over, and already political debate has descended into a broken record of claims and accusations that will echo until the next election in 2019.

Two golden rules of politics are guiding this approach, which is aimed at hoodwinking disengaged voters and ignoring how mind-numbing it is for those of us who actually pay attention.

The first edict is that something must be repeated over and over before it has the slightest chance of penetrating the minds of busy voters as they go about their information-overloaded lives.

The second rule is the evil twin of the first, dictating that if a scary mistruth is repeated often enough, it will likely be accepted as fact once it eventually lodges in voters’ minds.

Tony Abbott’s former chief of staff, Peta Credlin, recently admitted to being an advocate of this approach, immodestly confiding to her new besties on a recent Sky News panel that Tony Abbott deliberately reframed the Gillard Government’s carbon pricing scheme as a carbon tax to shift the debate from protecting the environment to the cost of living.

“That was brutal retail politics,” Ms Credlin admitted, “and it took Abbott six months to cut through and when he did cut through Gillard was gone.” 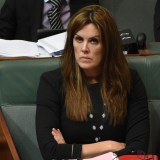 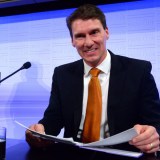 This boast simply increased the amount of unhelpfulness that proxies of former PM Tony Abbott, as well as the man himself, have been contributing to the Turnbull Government since the beginning of the year.

Despite Cory Bernardi having created a new home for conservative Liberals and Nationals who remain unimpressed by the PM’s forelock-tugging to almost every right-wing whim, Mr Abbott and the ‘delcons’ continue to run interference within the government, most recently on indigenous affairs, Pauline Hanson, marriage equality and budget reform.

While there is chutzpah in abundance, there’s little self-awareness, particularly on the part of the Queensland LNP’s George Christensen, who issued his now-weekly threat to quit the party on Friday while apparently forgetting that Malcolm Turnbull would have support from both Bob Katter and Cathy McGowan if the Coalition ever lost its outright majority on the floor of the Parliament.

Depressingly for those of us still paying attention, PM Turnbull’s latest attempt to return the Coalition to a competitive footing with the Labor Opposition is a blatant riff of the Abbott/Credlin “great big new tax on everything”.

Despite knowing it to be false, the PM is trying to create a new conventional wisdom that Labor’s “ideological” policies in support of clean energy technologies are responsible for high electricity prices and blackouts.

However, with Ms Credlin pulling back the curtain on her old boss’s deliberate and unapologetic deception on related issues, she invited voters and the media to see Mr Turnbull’s electricity attack against Labor for the fact-lite posturing that it is.

Labor is also sticking to the two golden rules, apparently determined to out-Abbott Malcolm Turnbull when it comes to repeating dubious claims in the hope voters will eventually accept them as fact.

Mr Abbott used his “great big tax” to beat the government of the day around the ears, and so Bill Shorten is trying to do the same with a “great big tax cut for big business”.

The dubiousness of Labor’s approach is based on the claim that Mr Turnbull plans a “$50 billion big business giveaway”, conveniently omitting from this assertion that the tax cut covers all businesses and will be paid out over 10 years.

Mr Shorten hasn’t let this fact get in the way of a cut-through message for voters that should make Ms Credlin proud, mentioning Malcolm Turnbull’s $50 billion tax giveaway for wealthy companies (or some variation thereof) 20 times in one press conference on Wednesday.

This battle of bullshit, used by politicians and parties because it’s devastatingly effective even if it’s not entirely ethical, is one reason the US has ended up with a man completely divorced from reality as its leader.

If Australia doesn’t want to end up sliding down the same path, it’s time to call out and reject every single fact-lite that is presented by political leaders for the public’s unwitting consumption.