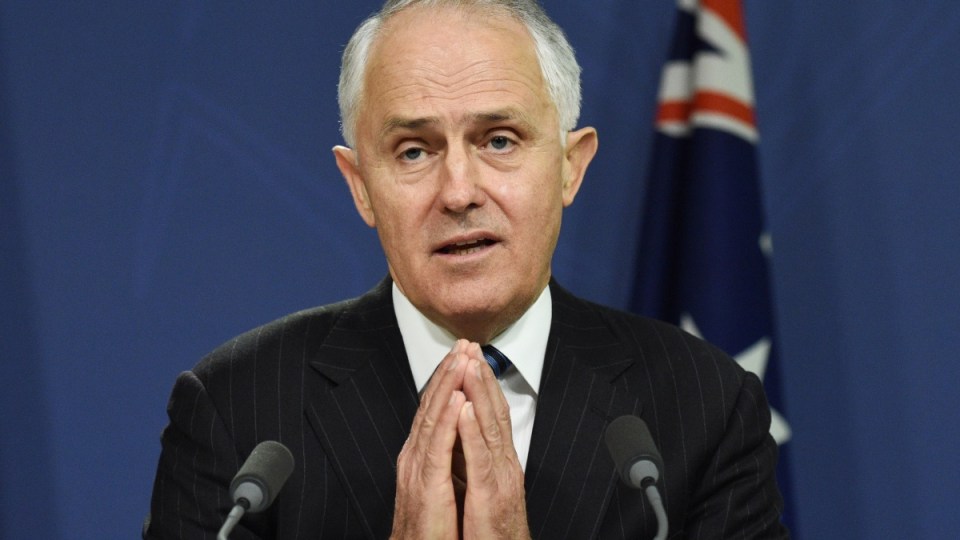 Conservatives wasted no time this week marking the first anniversary of Malcolm Turnbull’s return to the Liberal leadership with scathing assessments.

Those in the commentariat were the worst, lining up with Tony Abbott’s former Chief of Staff Peta Credlin to feign incredulousness that the man who vanquished the former PM turned out to be such a fizzer.

According to them, Mr Turnbull’s only achievement in the past 12 months was to have barely won the July federal election.

In reality the PM has a string of achievements – giving Tony Abbott and the conservatives pretty much everything they have demanded of him.

First Mr Turnbull delivered on totemic conservative issues when reaching a coalition agreement with the Nationals.

Remember, this was even before the rural party had a particularly good showing at the federal election.

The newly-returned Liberal leader agreed to the Nationals’ demands to keep the plebiscite on gay marriage, even though he opposed it, and to not bring in a carbon tax or emissions trading scheme.

How high fees eat into your super balance 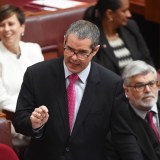 That was even before Mr Turnbull was sworn in as Prime Minister – and it was a sign of things to come.

In the months that followed, the PM and his Treasurer Scott Morrison raised a number of potential ways to repair the budget.

One was to change negative gearing concessions to rein in what the Treasurer called “excesses” in the system.

Tony Abbott pushed back against this proposal, encouraging Liberal supporters to campaign against Labor’s five new “taxes”, which he depicted as a carbon tax, a housing tax (changes to negative gearing), a wealth tax (changes to capital gains tax), a seniors’ tax (changes to superannuation) and a workers’ tax (raising taxes on tobacco products).

Given the new Turnbull government was seriously considering adopting one of these “taxes” (tobacco) and variations of another two (capital gains tax and superannuation), this was a transparent attempt by Mr Abbott to paint Mr Turnbull into a corner.

The following month, the government announced it would not make any changes to negative gearing.

More recently it has been reported this outcome was due to the PM and his Treasurer being “rolled” by supporters of Mr Abbott in a Cabinet committee.

And just this week, the Treasurer announced what amounts to his and the Prime Minister’s capitulation on the “seniors’ tax”, ceding to Liberal conservatives’ demands to scrap the $500,000 lifetime cap proposed for after-tax superannuation contribution.

This means the government will end up adopting only one of Tony Abbott’s famous five Labor taxes, the increase in tobacco excise, which was introduced in this year’s federal budget.

The PM has also done the bidding of his predecessor’s conservative cohort on important social issues, hobbling and ultimately defunding the Safe Schools anti-bullying program, and providing funding for the “No” case on the marriage equality plebiscite.

It is yet to be seen whether Mr Turnbull will also continue to resist pressure from the same group to weaken section 18c of the Racial Discrimination Act, particularly now that Mr Abbott has expressed regret for backing away from doing so when he was PM.

Nevertheless, that is still an impressive list of achievements delivered by Mr Turnbull for the conservatives within his first year as PM.

Moderate or progressive MPs within the Government’s ranks would be more justified than the conservatives in asking what Mr Turnbull had delivered for them over the same period.

But of course, the far right’s complaints about the current PM are not really about what Malcolm Turnbull has done since overthrowing Tony Abbott.

Giving the PM credit for conceding to their agenda would defeat the real purpose of their complaints.

Conservatives’ claims of a do-nothing PM are aimed at diminishing Malcolm Turnbull’s legitimacy as Prime Minister, by reinforcing voter concerns and the media’s narrative.

Both are based on the perception that Mr Turnbull is not only a huge disappointment, and does not have an agenda, but he also doesn’t have a clue.

Judging by this week’s opinion polls, this perception may already be too entrenched to be turned around.

However that won’t stop the Abbott camp. They’ll keep needling do-nothing Malcolm as often as they can.

Turnbull has delivered, but conservatives ensure he has an unhappy anniversary