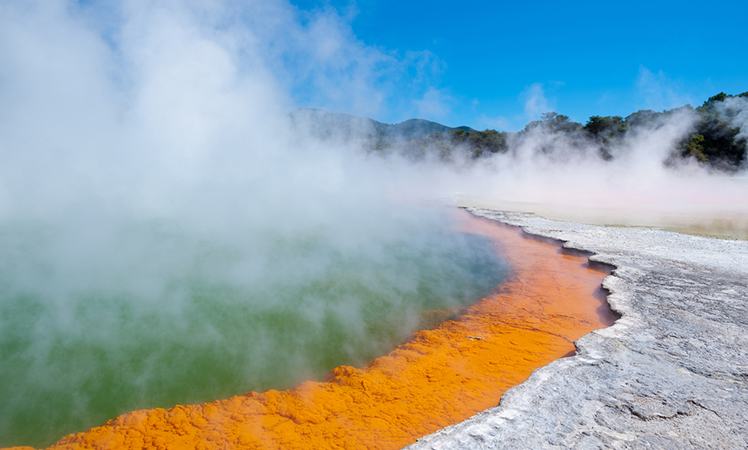 A Perth woman remains in a serious but stable condition after falling into a sinkhole and suffering burns while on a visit to New Zealand tourist town Rotorua.

Local media report the woman remains in hospital after suffering the injury at Whakarewarewa Village on Thursday.

According to eyewitness reports, a metre-deep hole opened up underneath a path at the village which the woman fell into.

“We just about to have lunch when we heard someone call out for help,” local Tessa Marks told TVNZ.

Ms Marks said she called an ambulance as three men reached in to save the woman, who was “in a lot of pain”.

The sinkhole – also known as a fumarole – looks like a muddy, steaming and bubbling puddle.

The injured woman was initially reported as in a critical condition on Thursday night, but was re-classified as serious but stable on Friday after being transferred from Rotorua to Waikato Hospital.

Her partner also suffered burns assisting her from the hole, but has not required hospital-level care.

“When we welcome our visitors into our home, and onto our land, we are their kaitiaki (meaning guardians), and that is why everyone at Whakarewarewa is distressed at the incident,” he said in a statement.

Mr Gibbons believes heavy rains in recent days may have contributed to the sinkhole.

The village has been closed pending a “full investigation and assessment” by WorkSafe and the council.

The tourist hotspot displays local Maori culture and is built on an “active geothermal area with hot pools, boiling mud and geysers” according to its website.