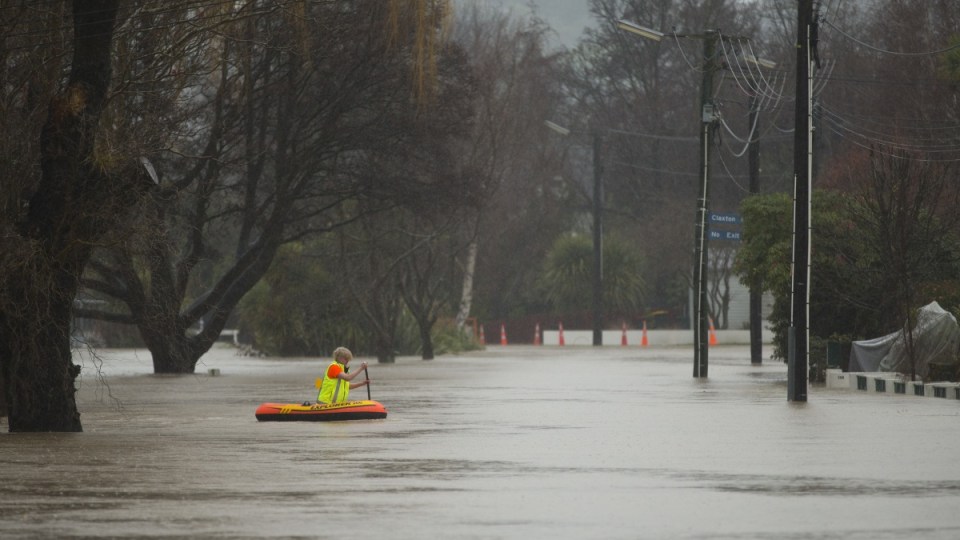 Christchurch has endured its wettest month since records began as New Zealand battles through a monster run of rain and flooding.

The garden city received more than 80mm of rain on Tuesday alone, significantly above the July average of 61mm.

With four days left in the month, Christchurch has been saturated by 268mm of rain, beating out the previous recorded high of 199mm in April 1978.

“It’s been a very wet and stormy July, for much of the country,” MetService meteorologist Karl Loots told AAP.

A low which formed over the Tasman Sea has brought a huge amount of rain over the last 48 hours, drenching the North Island before moving south.

Many roads have been shut due to flooding, including two long stretches of state highway one between the major South Island centres of Christchurch and Dunedin.

It is the third significant rain event in the past fortnight, with the downpours leading to flooding after falling on already saturated ground.

Schools have been shut and several evacuations have taken place due to flooding or slips in Canterbury and Otago.

Dunedin remains under a heavy rain warning on Wednesday morning.

New Zealand is suffering under the same La Nina conditions that have brought mass rain events to swathes of eastern Australia.

While the west coast of South Island receives high rainfall every year, in La Nina years the easterly and northeasterly flows have brought big dumps to the east coast.

Timaru, 160km south of Christchurch, has also recorded its wettest month ever, while Palmerston North, in North Island’s Manawatu region, has clocked its wettest July.

“Farmers in the Manawatu have told me they’ve been here for 50 years and never seen it quite like this,” Mr Loots said.

“Even Auckland, and particularly Auckland airport, it’s been their second-wettest July.”

While many Cantabrians are waiting for surface flooding to abate to return to school or work, the weather has brought bumper ski conditions to South Island.

“North Island skifields have not received as much as they would like.”