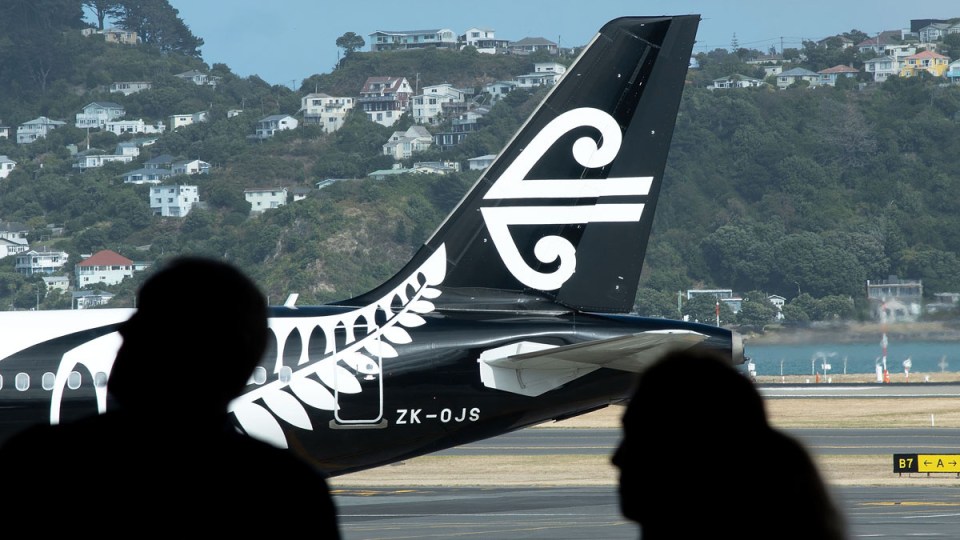 Flights in and out of Wellington Airport have been cancelled for hours while the New Zealand capital endures a savage winter storm.

A roaring southerly wind battered the city on Thursday, with gusts of more than 150km/h measured at Baring Head south of the airport, and a 133km/h gust at Mt Kaukau in the northern suburbs.

Swells are predicted to worsen into the evening, with meteorological agency MetService measuring one offshore wave, at the entrance to Wellington harbour, at 10 metres.

The capital is well known among Kiwis for its wind and storms, drawing an ironic motto from locals that you “can’t beat Wellington on a good day”.

On Thursday, the temperature topped out at 6.7C, with MetService saying snow may fall in local hills.

Air New Zealand and Wellington Airport confirmed the flight hold, with an airport spokesman saying “high winds are making it unsafe for baggage handlers to operate”.

As at 5pm, no flights had landed in Wellington since an Air New Zealand flight touched down at 9.20am from Christchurch.

Two international flights from Australia, one from Brisbane and another from Sydney, were diverted to South Island.

In Wellington harbour, Cook Strait ferry Strait Feronia spent hours circling as it was too difficult to dock in the high winds before being brought into shore by a tugboat.

All other sailings across the notoriously treacherous stretch of water have been cancelled for Thursday.

Further across the country, the same low pressure system brought flooding to Canterbury and caused slips that closed roads in Tairawhiti, the Coromandel and high South Island country.

The sound of summer cricket is about to change as Ian Chappell retires after 45 years
NZ inflation hits 30-year high, at 7.3 per cent
Today's Stories