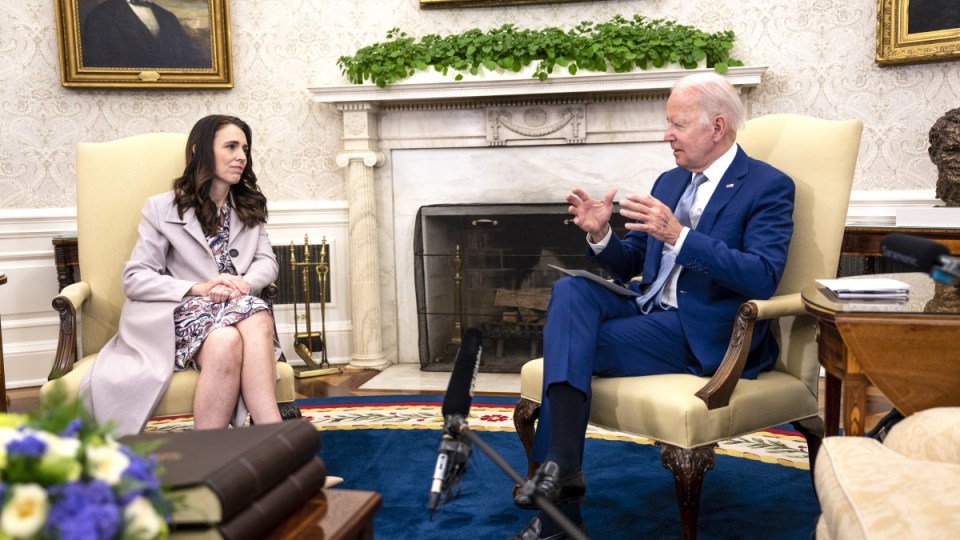 New Zealand leaders have shrugged off a missive from China that followed a joint US-New Zealand statement on engagement in the Pacific.

China has reacted with anger to a communique issued by US President Joe Biden and NZ Prime Minister Jacinda Ardern after their White House meeting on Wednesday (AEDT).

The US-NZ communique “notes with concern” the “establishment of a persistent military presence in the Pacific by a state that does not share our values”, citing China’s security agreement with the Solomon Islands.

“The hype-up of relevant issues in the joint statement by the US and New Zealand is out of ulterior motives to create disinformation and attack and discredit China,” Mr Zhao said later on Wednesday.

“We hope New Zealand will adhere to its independent foreign policy and do more to enhance security and mutual trust among regional countries and safeguard regional peace and stability.”

The comments follow China’s usual pattern of verbal retaliation when it believes foreign powers are attempting to curtail its influence abroad.

A report in The Australian suggested it was an “unprecedented dressing down” for New Zealand but in Wellington, government and opposition leaders were far from startled.

“They always state their position very very strongly and you’d expect them to do that,” he said.

“That doesn’t stop us being able to say what we think as well. That’s the sign of a mature relationship between countries.

“I don’t think that we need to have a “them or us” type attitude forced upon us.”

The US-NZ meeting and communique, which pledges further cooperation in the blue continent, comes as China makes its own play to deepen its influence in the region.

Chinese Foreign Minister Wang Yi is on a multination tour of the Pacific, sealing cooperation deals with island countries.

Ms Mahuta said “there’s a lot of interest in the Pacific and New Zealand welcomes that interest.”

“But we are also mindful that being in and of the Pacific, it’s important for the Pacific to lead the priorities and the solutions that will determine their long-term resilience,” she said.

Coincidentally or otherwise, Ms Mahuta met with the China’s new head of mission in Wellington’s Beehive on Thursday, labelling it a “meet and greet”.

Like Australia, New Zealand often finds itself in the middle of the geopolitical tug of war between China and the US given its heavy trade reliance on Beijing.

However, unlike Australia, New Zealand does not have a free trade deal or military alliance with Washington.

“There’s not an indication that’s the case … it’s reading a lot into that particular statement,” she said.

NZ shakes off China attack over US talks