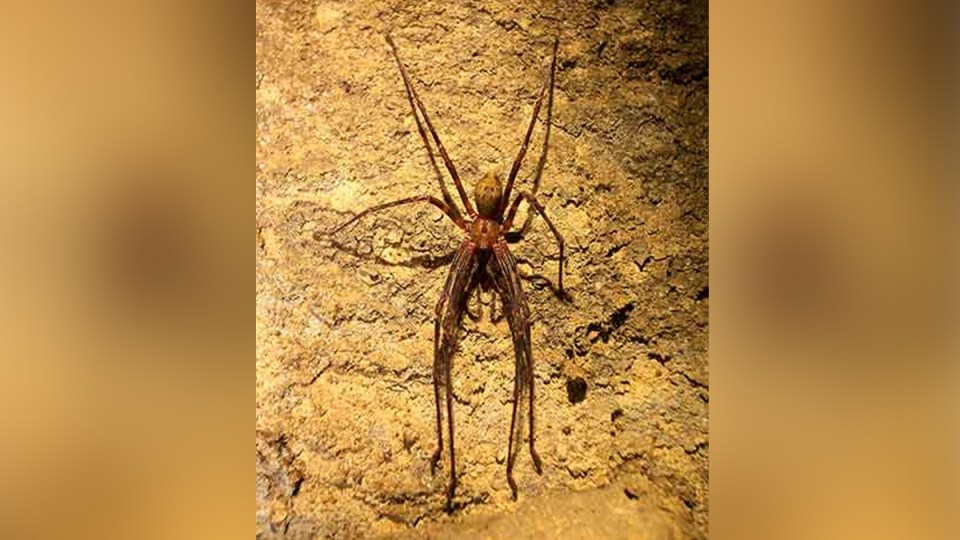 The spider, found in only a handful of places, has leg span of 13 centimetres and a 3-centimetre body. Photo: Department of Conservation New Zealand

New Zealand’s conservation department is shutting a South Island cave from tourists to protect and study a naturally rare and peculiar spider.

The Nelson cave spider, New Zealand’s biggest arachnid, is found in only a few places in and around Kahurangi National Park, at the north-western tip of the South Island.

With a legspan of 13 centimetres and a body of three centimetres, the Nelson cave spider comes close to Australia’s biggest – the tarantula – but unlike its trans-Tasman cousin, lives in caves rather than burrows.

One such cave, Crazy Paving Cave, near the western end of the famous Heaphy Track, will be closed to allow the spiders room to breed.

Senior biodiversity ranger Scott Freeman said conservationists were concerned for the species after noticing a drop-off in egg sacs in the cave.

“We’re concerned the number of visitors, bringing torches in, was impacting the population.

“We want to close the cave to see if this will allow breeding to improve. Closing the cave means we can monitor the spider population’s response to the removal of human visitors.”

The egg sacs, which hang from the cave ceiling, can carry up to 50 spiders.

Mr Freeman said the spiders were “thought to be directly descended from the earliest true spiders and may be the missing link between primitive spiders – from the time of Gondwana 350 million years ago – and modern spiders”.

New Zealand Geographic reports the species lives off native insects, including cave weta, “by dropping on top of them while secured to the cave ceiling with a thread, scooping them up and carrying them away like Tarzan”.

Mr Freeman said spiders “climb around the cave walls but they don’t move very much, they’re quite sedentary unless they find a weta”.

The Nelson cave spider is slow to develop, taking up to three years to mature, while other spiders complete their life cycle in a year.

A record for the spider held by New Zealand’s national museum, Te Papa, states there has been just one recorded bite.

“The bite was described as painful but no other effects were reported,” it reads.