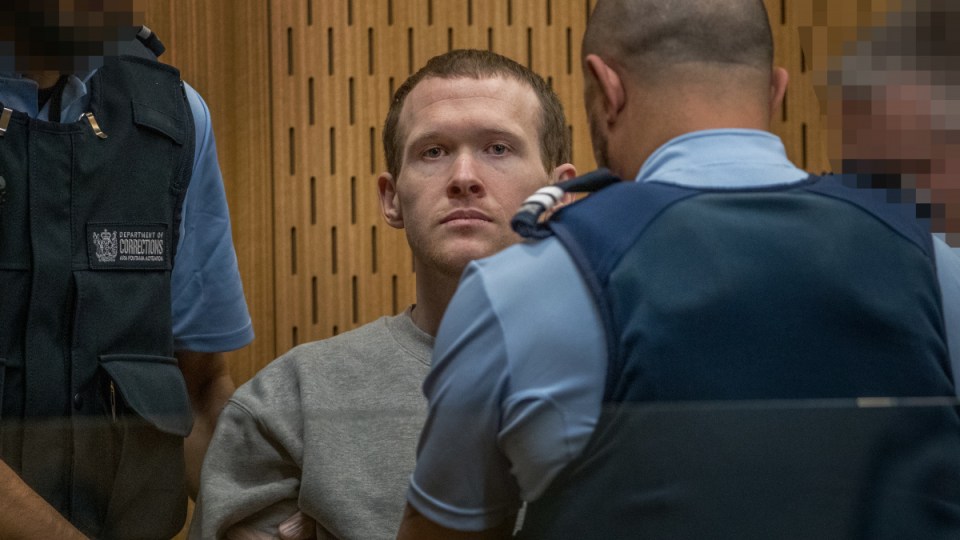 Brenton Tarrant abruptly changed his plea to guilty, before being sentenced to spend the rest of his life in jail. Photo: AAP

The Australian man who killed 51 worshippers in the Christchurch mosques terror attacks has flagged a possible appeal of his lifetime jail sentence on the basis he admitted his crimes after “inhumane and degrading” treatment on remand.

Brenton Tarrant pleaded guilty to 51 charges of murder, 40 charges of attempted murder, and one of engaging in a terrorist act resulting from the March 15, 2019, attacks on Al Noor and Linwood mosques in Christchurch.

He was ordered to spend his life in jail without the possibility of parole.

However, according to New Zealand media reports on Monday, Tarrant is considering an appeal to that sentence, under advice from Wellington-based human rights lawyer Tony Ellis.

He has told Dr Ellis his guilty pleas were obtained under duress.

Tarrant represented himself at his sentencing in August 2020, but has engaged Dr Ellis for a coronial inquiry into New Zealand’s worst mass shooting.

In reports published by Radio NZ and Stuff, Dr Ellis alleges Tarrant was “subject to inhumane or degrading treatment while on remand, which prevented a fair trial” in a memo to the coroner.

“He sent me about 15 pages of narrative of how he had been treated since he’d been in prison,” Dr Ellis writes in the memo.

“He said because of how he was treated while he was awaiting trial and afterwards, [that affected] his will to carry on and he decided that the simplest way out was to plead guilty.”

Tarrant was a meek presence at the four-day sentencing in Christchurch last August, barely registering as dozens of victims and family members delivered victim impact statements.

This was in contrast to earlier pre-trial hearings, when he was communicative and sometimes demonstrative.

His decision to reverse his earlier pleas and confess his crimes in March last year came as a major surprise, and meant the matter did not go to trial.

Last month, chief coroner Deborah Marshall announced she’d opened a coronial inquiry into the attack, saying it would allow a “more in-depth investigation into the causes and circumstances of the deaths”.

Dr Ellis believes Tarrant’s incarceration in isolation at Auckland Prison will prevent his participation in that inquiry.

“As he is held in virtually 24-hour solitary confinement in the Persons of Exceptional Risk Unit, there are issues arising as to his receiving information, and he has only limited access to daily news,” the memo states.

Dr Ellis alleges four letters from the coroner did not reach Tarrant.

Radio NZ reports Dr Ellis and Ms Marshall will meet next month as part of the coronial inquiry.