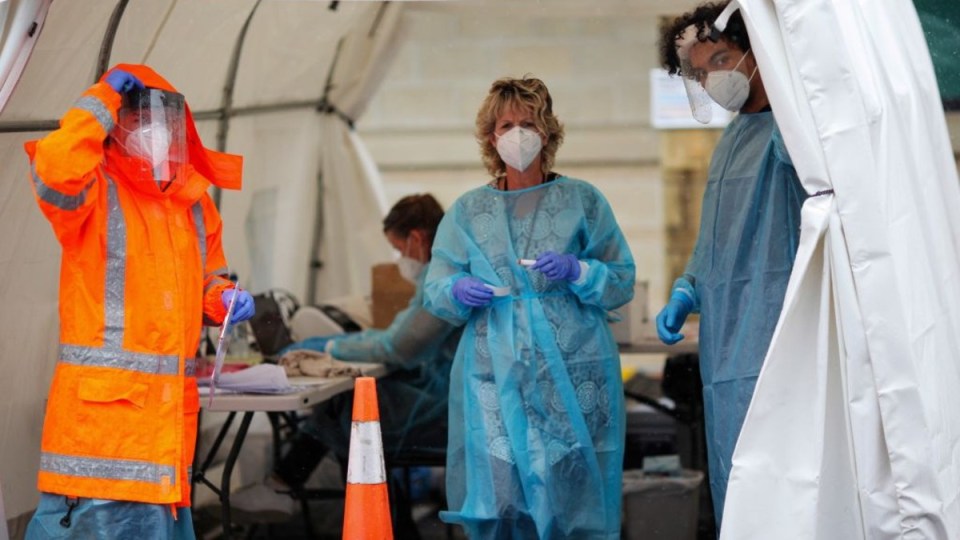 Three COVID-positive people have escaped New Zealand’s managed quarantine program in the past 24 hours, with one still at large.

Quarantine chief Rose King has labelled the failure as “really disappointing and unacceptable” as authorities continued to search for the missing person.

The runaway was granted permission to return home briefly under security escort to “retrieve personal items, care for a pet and lock their house”, before giving their minders the slip.

“They were given 10 minutes to do what they needed to. At the 10-minute mark the security detail went to retrieve them and found the individual had disappeared from the address,” Ms King said on Wednesday.

“Police were immediately notified and this individual has yet to be found.”

Ms King said an investigation would take place alongside the police’s continued efforts to find the person.

In a separate incident, two men attempted to flee their quarantine at the Holiday Inn Auckland Airport about 5.40pm on Tuesday.

They were watched by security as they absconded, and were captured within five minutes of escaping.

The health ministry believes the public health risk to be low, and the pair will face court on charges of failing to comply with a health order.

On Tuesday, health officials reported 94 community cases, a record for New Zealand since the pandemic began. There were another 60 on Wednesday, all but four in Auckland.

“We’re likely to see case numbers continue to increase for a period and we do need to be prepared for that,” COVID-19 Minister Chris Hipkins told Radio NZ.

“The modellers have different views on where we are likely to top out. It could be as low as 200 or it could be higher than that … up into the high hundreds.”

There are 180 unlinked cases from the past fortnight.

Mr Hipkins denied contact tracers had lost control of the outbreak, but health officials have previously advised tracers would not be able to keep touch with cases should they reach 200 a day.

While Auckland and much of the Waikato is in lockdown, Jacinda Ardern’s government is urging vaccination as the key defence of Kiwis.

As of Tuesday, 3.58 million Kiwis are at least partially vaccinated – or 83 per cent of the eligible (aged 12 and over) population.

COVID-positive person on the run in Auckland