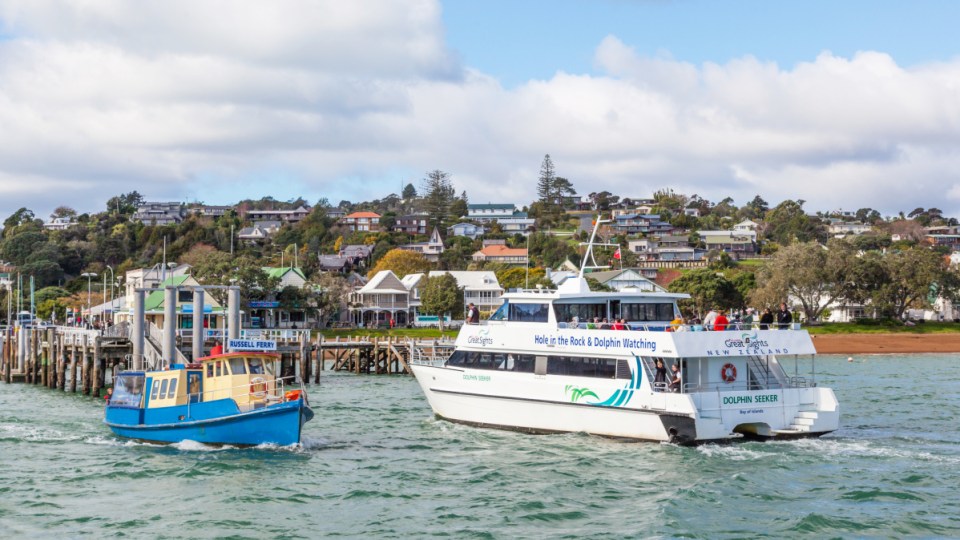 Two women who have since tested positive to the virus travelled to Paihia and other towns in Northland. Photo: Getty

New Zealand police have found the COVID runaway who forced the Northland region into lockdown and Kiwi officials are racing to trace her contacts while confirming another 43 community cases.

All but three were from Auckland.

The Delta outbreak has spread from NZ’s biggest city north into the Northland region, courtesy of two women who used fraudulent documents to travel there.

Authorities were alerted to the pair last Thursday when the first woman showed virus symptoms and turned herself in for testing.

When she refused to co-operate with contact tracers and returned a positive test, the government locked down the region as a precaution.

The second woman remained on the run until Monday night, when police found her in West Auckland.

Unhelpfully for the fight against the virus, neither has co-operated with contact tracers.

“Police have got a reasonably good understanding [of where they have been] using transactions and phone records of where the people were broadly,” Dr Bloomfield told Radio NZ.

“What we really want to know is the places (they have been) and more detail around those places … it’s important and it’s incredibly helpful.”

“The big question is, ‘were they infectious out in the community in Northland?’,” Dr Bloomfield said.

“That’s why we need to know where they were and get on and test people they may have had contact with.”

Health officials have confirmed 18 contacts from the first woman: Nine from Northland, seven from Auckland, one from Wellington, and one still to be determined.

Several New Zealand media outlets have suggested the women are sex workers. However, this has not been substantiated by officials, who believe they travelled to Whangarei, Kamo, Paihia and Kawakawa.

Northland, like the Waikato to Auckland’s south, is in lockdown until at least Friday owing to the pair’s trip.

So far, there have been no further cases in Northland, and Dr Bloomfield said he was “encouraged” by negative wastewater testing.

“New Zealand is at one of the trickiest and most challenging moments in the COVID-19 pandemic so far,” she said.

Ms Ardern revealed the ‘R’ value of NZ’s Delta outbreak had breached one; a sign of further growth and spread to come.

COVID modeller Michael Plank said that meant New Zealand was “now in a race between the virus and the vaccine”.

“We need to do everything we can to slow the virus down and speed the vaccination program up,” he said.

New Zealand’s vaccination rates slightly trail Australia, with 80 per cent of the eligible population at least partially vaccinated, and 56 per cent double-dosed.

As of Tuesday, 34 New Zealanders are in hospital with the virus, including five in intensive care.