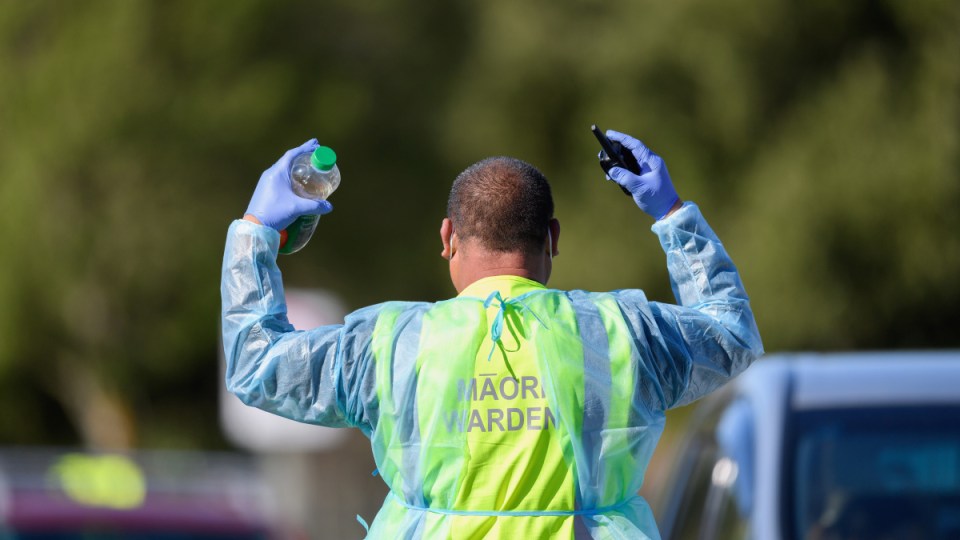 New Zealand will remain in lockdown until at least Friday after more infections were confirmed in its Delta outbreak. Photo: Getty

New Zealand’s COVID-19 outbreak grew by 35 cases on Monday, taking it to 107 and prompting Jacinda Ardern to extend the country’s nationwide lockdown.

Of the new cases, 33 were from Auckland and two were in Wellington.

The growth was not unexpected, with Ms Ardern warning Kiwis at the weekend daily case numbers would rise before they subsided.

Her cabinet met on Monday and decided to lengthen the national lockdown until at least Friday – a total of 10 days.

Auckland, where the vast majority of the cases have been found, will be locked down until at least Tuesday, August 31 – for a fortnight.

“The safest option for all of us right now is to hold the course for longer,” Ms Ardern said.

“Aucklanders will see this data and will know that two weeks [in lockdown] is a given.”

Based on the case patterns of previous outbreaks and the government’s previous response, it is likely the lockdown will be extended beyond even the latest dates.

Each new case adds potential exposure sites, which then add to the list of contacts that must be informed, and isolated.

By early Monday afternoon, there were more than 300 ‘locations of interest’ across New Zealand, looping in more than 13,230 contacts.

“Of these contacts, 6773 have been contacted by public health staff and are self-isolating, and 42 per cent have had a test,” a health ministry statement read.

Health officials have been able to link 72 cases to the same source, with investigations into the remaining 35 ongoing.

“Most have a plausible link on initial assessment,” a health ministry statement read.

This outbreak is the first time the infectious Delta variant has been present in New Zealand’s community.

Earlier on Monday, the government admitted it might not discover the source of the outbreak, although it is increasingly believed to be a border failure at a quarantine hotel.

It emerged last week, after 170 days without a local COVID case in New Zealand.