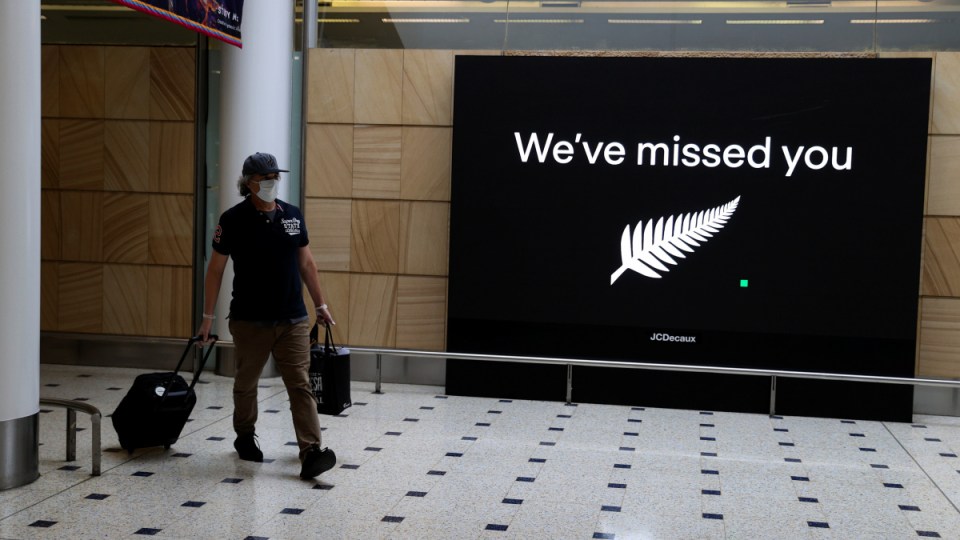 There will be no quarantine-free travel between NZ and any Australian state for at least eight weeks.

Prime Minister Jacinda Ardern announced the decision on Friday, after a cabinet meeting.

The trans-Tasman bubble will officially burst at midnight on Friday but there will be managed return flights over the next week to allow New Zealanders to return home.

Those outside Victoria and NSW will be able to return without going through quarantine.

All will need to obtain negative pre-departure COVID tests.

“My strong message to every New Zealander in Australia right now who does not want to stay there long term is – come home,” Ms Ardern said.

Australia is grappling with serious COVID outbreaks in NSW, Victoria and South Australia, with a local case also recorded in Queensland.

More than 14 million people are in lockdown across the country. NSW hit a peak of 136 new local infections on Friday, with authorities declaring the situation there a “national emergency”.

Quizzed about the pause – which will potentially leave hundreds of Kiwis stuck on this side of the Tasman – NSW Premier Gladys Berejiklian was brief.

Victoria had 14 more local cases on Friday, bringing its outbreak of the Delta variant to 147. Authorities won’t be drawn on whether the statewide lockdown will end on Tuesday as planned.

South Australia is on day three of a planned seven-day lockdown, with a Delta cluster that has reached 15 infections.

The trans-Tasman travel bubble, which began on April 19, allowed Australians and New Zealanders to travel between the two countries without the need to quarantine.

However, Ms Ardern said the highly contagious Delta variant had materially changed the risk profile and COVID-19 was now widespread in Australia.

“We’ve always said that our response would evolve as the virus evolved,” she said.

“This is not a decision we have taken lightly, but it is the right decision to keep New Zealanders safe.”

The decision could affect upcoming Bledisloe Cup Tests between the All Blacks and Wallabies, with matches slated on both sides of the ditch.

Ms Ardern said the Wallabies could use the seven-day window to travel to New Zealand after applying for an exemption on economic grounds.

“However, it must be in the seven-day window – we are not making exceptions outside of that. Everyone else has to go into quarantine.”