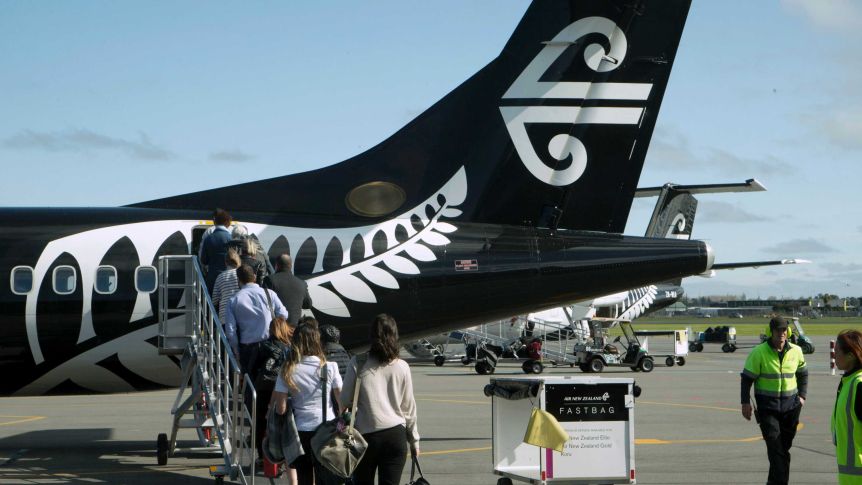 A plan to restart pre-COVID travel across the Tasman will go before New Zealand's cabinet on Monday. Photo: AAP

After months of hand-wringing and negotiations, a plan to allow quarantine-free travel for Australians to visit New Zealand went before Ms Ardern’s Cabinet on Monday.

“No one should expect at the end of the day there will be an opening [and] today is not the day you’re going to get that final date and decision.

“But we do expect to be in a position to open up the bubble soon.”

After the Cabinet meeting, Ms Ardern confirmed she would reveal more details about trans-Tasman travel plans on April 6.

Airports on both sides of the Tasman are already set up for flights to resume, as are airlines and crew.

On Sunday, the federal government amended the legislation relating to Australia’s travel ban to exclude people flying to New Zealand, paving the way for the travel bubble.

Previously Australians had to apply for an exemption to travel anywhere overseas, including New Zealand.

Ms Ardern said New Zealand needed to finalise how it would respond if there were coronavirus cases in the community in Australia, including contract tracing for people travelling from Australia, before making further plans.

She said country-to-country negotiations on the travel bubble had turned to state-by-state discussions.

“Our view is, rather than trying to work through a solution that sees all of Australia with New Zealand, that we can work through an arrangement that sees us operating with some states but not others,” she said.

Since then, outbreaks and a change in approach has forced delays to the restoration of pre-COVID travel arrangements.

Still, Australia’s three biggest states have opened their borders to quarantine-free travel for Kiwi visitors. NZ is yet to reciprocate on that.

Ms Ardern also wants to ensure the deadly virus does not return to New Zealand.

“I’m cautious. People know that about the way that we’ve been operating,” she said.

“We have to make sure we don’t jeopardise domestic tourism by having outbreaks in NZ and that’s why we have to get this right.”

Ms Ardern said any opening would require travellers to take on a degree of risk in the event of an outbreak where they are visiting.

“It’s very likely those New Zealanders would have to shelter in place,” she said.

“We have thousands of people who, prior to COVID, crossed the Tasman on both sides. We would not be in the position to repatriate thousands of New Zealanders to come back in a managed isolation arrangement.”

In February, Ms Ardern walked away from a pledge to open up the bubble by March. The issue has gained a new prominence after New Zealand’s opposition shifted tack to support it.

Last week, 42,000 Kiwis signed a petition backed by the National party asking for the bubble to begin immediately.