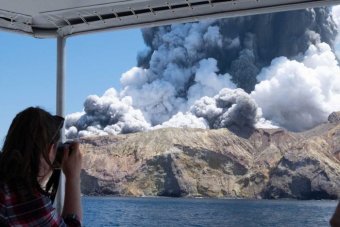 All 13 parties charged over the deadly White Island volcanic eruption in NZ have pleaded not guilty. Photo: Twitter/Michael Schade

The death toll from the 2019 Whakaari White Island eruption has risen to 22, New Zealand police have confirmed.

Horst Westenfelder, a 64-year-old German national, died on July 2 at an overseas hospital from medical complications while receiving treatment for injuries he received during the eruption, police said.

There were 47 people sightseeing on the privately owned island when the volcano erupted on December 9.

Confirmation of Mr Westenfelder’s death was completed “as soon as practically possible,” a police spokesperson said.

A coroner had to rule that the death was due to injuries suffered in the explosion and all relevant parties had to be notified first, police said.

It was “unbelievable” how many months Mr Westenfelder had fought for his life, his wife Angelika was reported as saying in a police statement.

“It is an irreplaceable loss for our family, his friends and of course for myself. In loving memory of a full and exciting life. I will always miss you.”

The local Maori tribe, Ngati Awa, will host a remembrance event for families and emergency responders to mark the December 9 anniversary. It will include a minute’s silence to be observed at the time of the eruption.