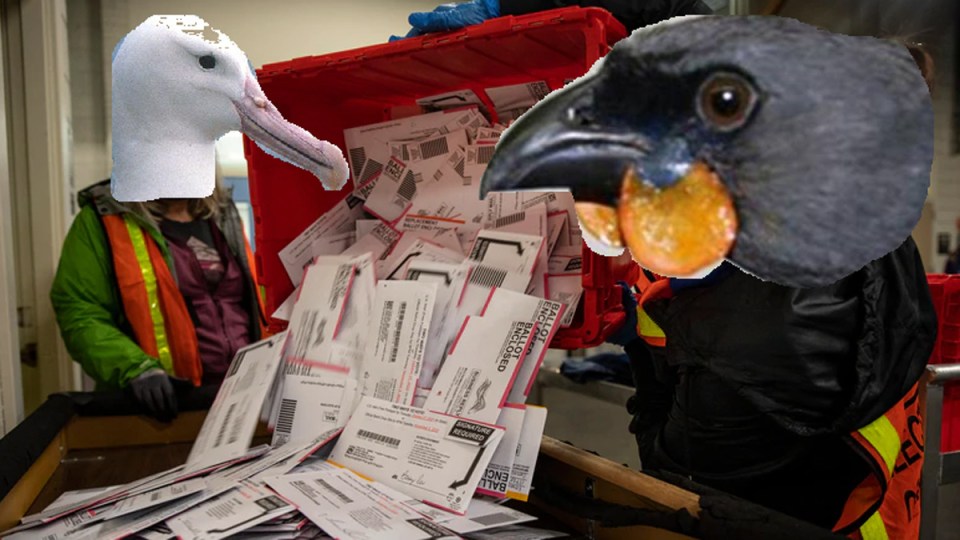 Revelations of dodgy voting have rocked the NZ Bird of the Year competition. Photo: Twitter

In a move sure to ruffle feathers, the endangered pukupuku rocketed to the top of the country’s Bird of the Year competition this week as the beneficiary of hundreds of fraudulent votes.

The 1500 dodgy votes were cast in Monday’s murky pre-dawn, while most New Zealanders – but probably not the nocturnal kiwi – were slumbering.

They briefly pushed the pukupuku to the top of the list before they were discovered later in the day by data experts at a Wellington consultancy called Dragonfly that is monitoring the competition.

The electoral fraud has since made worldwide news.

Even the venerable New York Times – perhaps already wise to claims of voting irregularities – has got involved.

Dragonfly founder Edward Abraham told the NY Times the cheating ballots weren’t too difficult to spot because people who interfered with bird elections tended to get “a little enthusiastic”.

No one has claimed responsibility for the dodgy pukupuku push, but it hasn’t gone down well.

Bird of the Year spokesperson Laura Keown said it was a lucky discovery.

“All of our birds deserve a fighting chance, especially this little manu, our smallest kiwi, which is so threatened by predators that it is extinct on mainland New Zealand outside of predator-free sanctuaries,” she told Radio New Zealand.

“If you really love the kiwi pukupuku, get out and campaign for them in Bird of the Year. We don’t want to see any more cheating.”

The pukupuku, once the most common of New Zealand’s five kiwi species, is extinct on the country’s mainland. There are fewer than 2000 alive, all in a sanctuary off the coast of the North Island.

It is not the first time a voting scandal has dogged the Bird of the Year competition.

In 2018, one person voted for the shag more than 3000 times, while in 2017 fake email accounts were created to bolster support for the white-faced heron.

In 2015, two teenage girls tried to rig the results in favour of the kokako.

For the record, the pukupuku is trailing in the official Bird of the Year count. The leader is the also-endangered antipodean albatross (known in NZ as the toroa).

Stop the count! NZ’s Bird of the Year competition uncovers an unlikely fraud