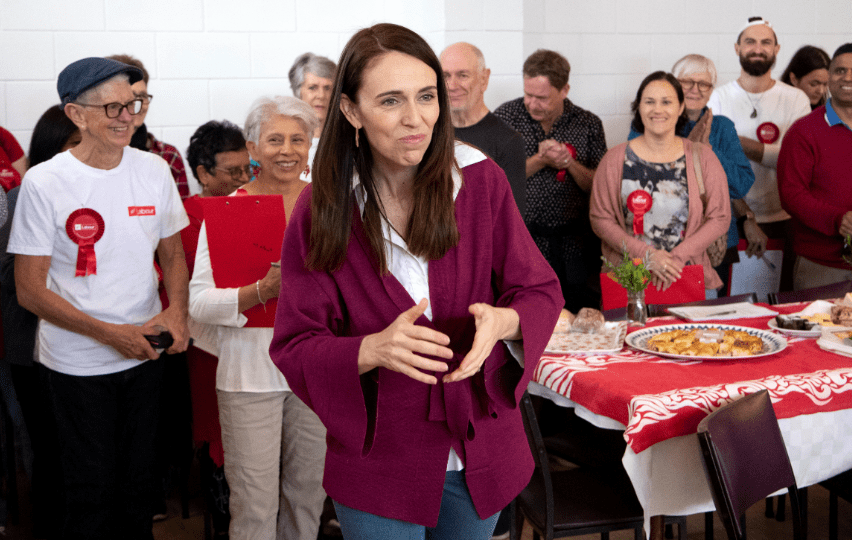 Jacinda Ardern has won a historic victory in the New Zealand election, securing a thumping mandate and a likely parliamentary majority that may well see her Labour Party govern in its own right.

With 98 per cent of party votes counted, Labour had won 49 per cent of the vote, putting it on track to be the biggest single-party haul in half a century.

The opposition National Party, led by Judith Collins, is sitting at 27 per cent and staring into the political abyss.

Ms Ardern arrived to a rapturous welcome at Auckland Town Hall at around 10:30pm local time on Saturday, drawing even louder cheers when she pledged to govern for all New Zealanders.

“To those amongst you who may not have supported Labour before – and the results tell me there are a few of you – to you, I say ‘thank you, we will not take your support for granted’,” she said.

Ms Ardern has triumphed after an extraordinary time in New Zealand’s history.

During her three-year term, the 40-year-old led New Zealand in grief after its worst mass shooting and a deadly volcanic eruption, as well as a global pandemic.

Her poll numbers shot through the roof in the aftermath of New Zealand eliminating COVID-19 from the community, and despite minor recent eruptions of the virus the lustre of her appeal to voters has not dimmed.

The NZ Electoral Commission is predicting 64 MPs for Labour in the 120-seat parliament, well ahead of polling predictions.

Incredible results in New Zealand. Ardern is sweeping the board. Labour current just over 25% ahead of National. Blow out. pic.twitter.com/zICvtdP770

If the results hold, Ms Ardern will be the first leader to have won a majority government since electoral reform in 1996.

She may yet invite the Greens to form a coalition government.

“On the question of (government) arrangements … that’s something I want to take a little bit of time to consider and take stock of the results,” she said.

“Tonight’s result does give Labour a very strong and a very clear mandate.”

The landslide has Labour ahead in seats party strategists never expected to see change hands.

Meanwhile, Deputy National leader Gerry Brownlee is on track to lose his blue-ribbon seat of Ilam, a region held by the party since 1946.

Up to two dozen opposition MPs will lose their jobs in a result that puts serious pressure on Ms Collins’ leadership.

Minor parties the Greens and the libertarian-oriented ACT are on track to secure increased representations in the capital, Wellington, while New Zealand First looks set to lose its last representatives in parliament.

The Greens are on 7.5 per cent, and boast a narrow lead in Auckland Central.

Both those results would be historic. A minor party has never secured an improved result after a spell in government, while a third-party candidate has never won an electorate seat properly contested by both major parties.

The right-wing ACT are on 8.0 per cent, a huge gain from 0.5 per cent at the last election.

New Zealand First is at 2.6 per cent, a figure which would spell the end of leader Winston Peters’ political career.

The 75-year-old first entered parliament in 1979 and currently serves as deputy prime minister and foreign minister.

The Maori Party is also on track to re-enter parliament after a three-year hiatus after winning the seat of Waiariki.

In a banner night for Ms Ardern’s home town of Morrinsville, a resident of the Waikato town also claimed a $NZ5.5 million ($NZ5.1 million) Powerball prize.

Hundreds of thousands of overseas and special votes are yet to be counted and will be added in the next fortnight before results are confirmed by the Electoral Commission.

Kiwis are also voting in two referenda – to legalise cannabis, and separately, to legalise euthanasia – but the result of those ballots won’t be confirmed until next month.