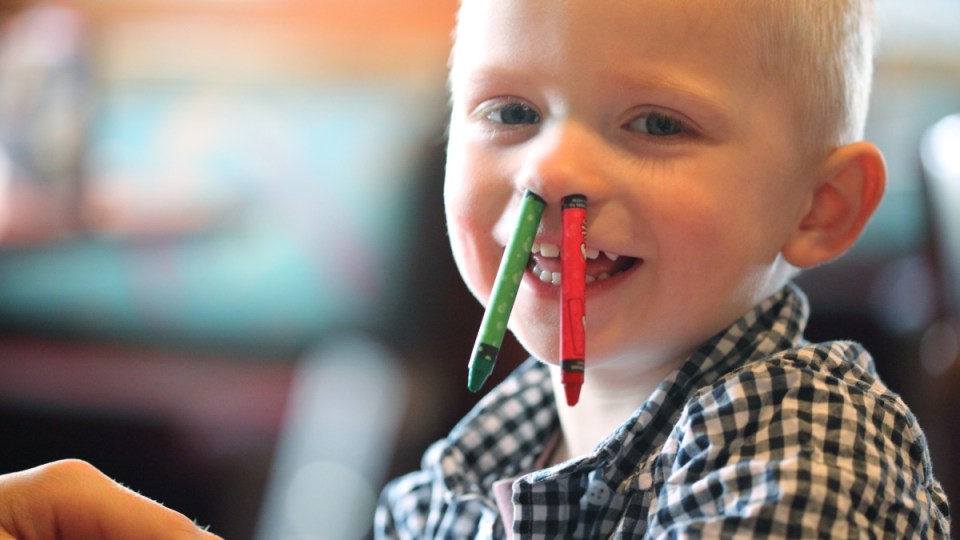 Well that's one way to stop the virus getting in. But the nose does a pretty good job on its own. Photo: Getty

One of the enduring mysteries of the COVID-19 pandemic has been why children seemed to be naturally protected from the worst of the disease.

From the beginning it was wondered why some children developed COVID-19 symptoms and antibodies specific to the coronavirus, but they didn’t actually test positive.

Many were asymptomatic, and most of those those who did get sick experienced mild symptoms.

There were frightening exceptions, including deaths, but in the main COVID-19 wasn’t a serious threat to children.

This was odd because viruses typically knocked out the very young and very old.

There were a few theories that seemed to state the obvious: The immune response of many youngsters kept the viral load low and thus prevented it from taking root – to the extent that the infection wouldn’t even register on a PCR test.

As Dr Melanie Neeland, an immunologist at the Murdoch Children’s Research Institute, told Nature in December 2020: Children were mounting “this really quick and effective immune response that shuts it down, before it has a chance to replicate to the point that it comes up positive on the swab diagnostic test”.

In that same Nature article a New York immunologist suggested that the T-cells in an underdeveloped adaptive immune system were ‘‘relatively naive’’ and untrained to recognise pathogens.

In what appeared to be counter-intuitive thinking, this scientist suggested these untrained T-cells ‘‘might have a greater capacity to respond to new viruses’’.

By the end of 2021, scientists were thinking that innate immune system was a better explanation for the quick and effective quashing of infection in children.

Innate immunity is the rough and ready defence system we’re born with – and what we rely on until the more sophisticated adaptive immune system builds up from experience and exposure.

One crude but pretty effective component of innate immunity are physical barriers, including the nose.

This week, Australian researchers published a paper that suggests ‘‘the lining of a child’s nose may be better at fighting off COVID-19 than that of an adult’s’’.

What does the nose know?

In a small study, the scientists gathered cell samples of the nasal epithelium (the lining of the nose) from 23 children aged 2 to 11 and 15 healthy adults, and exposed them to COVID-19 variants.

They found that the original COVID-19 strain and Delta ‘‘replicated less efficiently in the cells from children and prompted a higher antiviral response, but this was not the case for Omicron’’.

In short, they found this compromised replication was associated with ‘‘a heightened antiviral response in the nasal epithelial cells of children’’.

According to the authors, “We have provided the first experimental evidence that the paediatric nasal epithelium may play an important role in reducing the susceptibility of children to SARS-CoV-2.

‘‘The data strongly suggest that the nasal epithelium of children is distinct and that it may afford children some level of protection from ancestral SARS-CoV-2.”

This may not tell the whole story about why children have fared so well against COVID-19 infection, and the findings will need to be confirmed in larger studies.

The fact that Omicron variants aren’t so effectively quashed in children is no great surprise.

Since the beginning of the year, more kids have ended up in hospital. The advent of vaccination for small children will hopefully remedy that.

Why children have better COVID-19 outcomes … by a nose