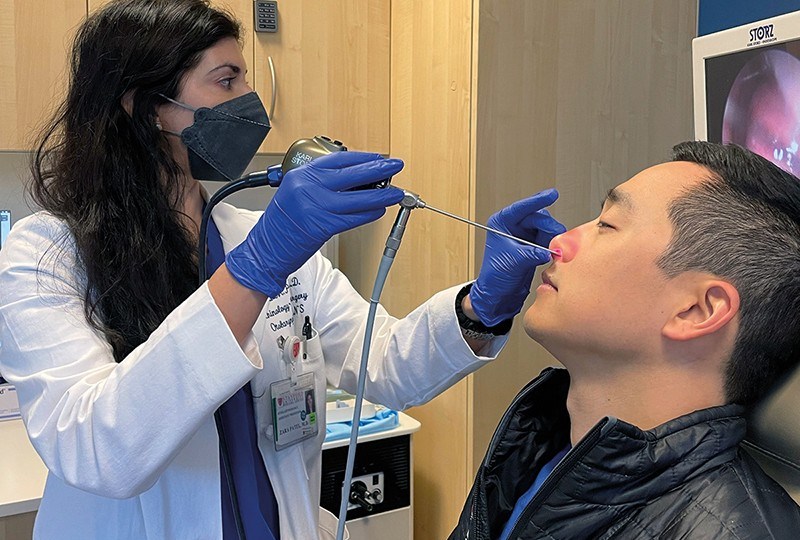 Some good news first. As the SARS-CoV-2 coronavirus evolves, fewer people are losing their sense of smell or taste.

Roughly half of those people infected with the original virus lost their sense of smell or taste for at least a short amount of time.

As Nature reported in June, compared with those ‘original virus’ patients, people infected with the Alpha variant (the first ‘variant of concern’ to emerge) were 50 per cent as likely “to have chemosensory disruption”.

One might hope that at this rate, ‘chemosensory disruption’ – the fancy name for a compromised sense of smell or taste – might eventually vanish.

Not for 15 million people it won’t

A study published last week in the British Medical Journal found that about one in 20 adults (5 per cent) may develop “long-lasting changes to their sense of smell or taste after COVID-19 infection”.

Given there had been more than 550 million confirmed COVID-19 cases up to the time of the study, the researchers reckon that “at least 15 million and 12 million adult patients may experience long-term smell and taste deficiencies, respectively”.

In keeping with ‘long COVID’ symptoms more broadly, women were less likely to recover their sense of smell and taste than men.

Patients with greater initial severity of smell loss, “and those with nasal congestion, were less likely to recover their sense of smell”.

One patient interviewed by the researchers has yet to recover her sense of smell, even though it has been more than 27 months since initial infection.

For most people, recovery occurred in a few weeks.

The recovery rate increased over time, reaching a peak of 96 per cent for smell and 98 per cent for taste after six months – which meant they would be characterised as having ‘long COVID’ that had eventually abated.

One patient the researchers spoke to said she has yet to recover her sense of smell, even though it has been more than 27 months since initial infection.

Four of the studies were conducted in the community setting and 14 in a hospital setting.

One of the limitations of the studies was that they relied “on participants assessing their own ability to taste and smell and do not factor in different variants”.

The researchers say that some patients have overestimated their recovery, “suggesting that the true burden of olfactory dysfunction is even greater”.

The authors say theirs was “a well-designed study with rigorous search methods, and the findings were unaltered after further analysis that excluded high-risk studies, suggesting that they are robust”.

The researchers say that while most patients are expected to recover their sense of smell or taste within the first three months, “a major group of patients might develop long-lasting dysfunction that requires timely identification, personalised treatment, and long-term follow up”.

In a linked BMJ editorial, the new paper is said to “give a clear picture” of the challenge facing health systems unprepared for the scale of the ‘long COVID’ problem.

They noted: “The treatment of chemosensory disorders is still
frustrating, as few evidence-based options are available.”

COVID-19: One in 20 may have long-term loss of taste and smell