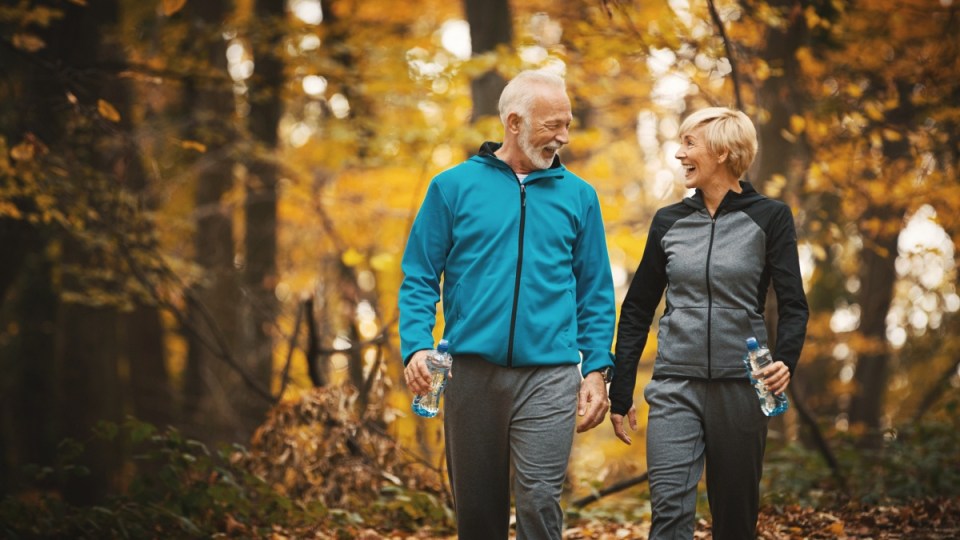 Going for a long walk every day is better for your heart than running. Photo: Getty

As we’ve repeatedly banged on about: the Department of Health and Aged Care recommends adults engage in 150-300 minutes of moderate physical activity each week.

Or, for zippier folk, 75-150 minutes per week of vigorous physical activity is recommended.

Ever wonder what these recommendations buy you in terms of extra life?

You might assume that those doing more vigorous work come out ahead – given that running and swimming and team sports demand elevated fitness to begin with.

But new analysis from Harvard University’s T.H. Chan School of Public Health finds that working out longer, but not harder, is more effective at reducing the risk of death.

This is encouraging news for people who might consider getting off the couch for a stroll through the neighbourhood a waste of time.

The researchers looked at the physical activity habits and medical records of more than 100,000 people over a 30-year period.

The data was sourced from two large prospective studies: the all-female Nurses’ Health Study and the all-male Health Professionals Follow-up Study from 1988-2018.

You would expect that people who do vigorous exercise would have better heart health, and the study shows that to be significantly the case.

But overall, plugging along pays a little better.

Does going longer make a difference?

Also, the Harvard crew found that doing more than the government recommendations was worth the extra effort.

Meanwhile, “no harmful cardiovascular health effects were found among the adults who reported engaging in more than four times the recommended minimum activity levels”.

That damn tortoise from the fables wins again.

How much exercise is best? Double the recommended amount