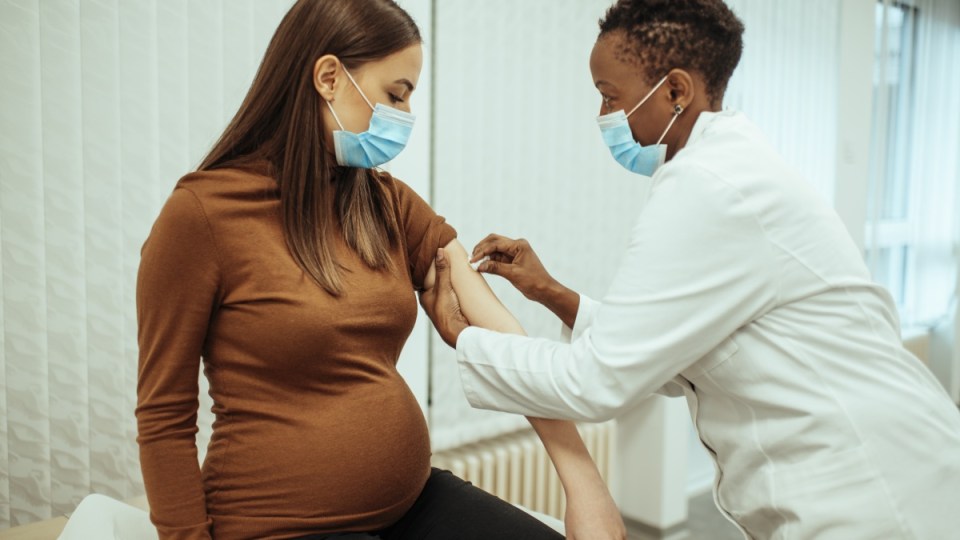 Pregnant women reluctant to be vaxxed can set their fears aside, researchers say. Photo: Getty

In February, doctors reported that pregnant women were resistant to being vaccinated for COVID-19. There was no way of knowing for sure, because Australia doesn’t record vaccinations of pregnant women.

But it’s a worldwide problem.

In the US, figures from the Centres for Disease Control show that about a third of American women are unvaccinated, and that only about 20 per cent get vaccinated while they’re pregnant.

Based on anecdotal evidence from GP clinics, it appeared that as few as one in four pregnant women were getting a COVID-19 jab.

There is no way of knowing to what extent the situation might have improved.

But it’s been widely reported that pregnant women are putting themselves and their unborn children at serious risk by avoiding vaccination.

Along the way, a better understanding of how vaccination best protects women and their in-utero children has emerged.

A new study: timing is key

New research led by the Massachusetts General Hospital found that women vaccinated against COVID-19 in their first and third trimesters have a stronger immune response than those vaccinated in their second trimester.

The study also found that the process of transferring SARS-CoV-2 antibodies (the immune response prompted by vaccination) from the mother to the foetus via the placenta was more efficient and robust following vaccination in the first trimester.

“For pregnant individuals vaccinated in the first trimester, both maternal and neonatal immunity may be further enhanced by boosting in the third trimester,” the authors reported in Nature Communications.

The researchers analysed the vaccine-induced immune response in 158 pregnant women across three trimesters: 11 per cent, 56 per cent, and  33 per cent were vaccinated in the first, second and third trimester, respectively.

The team also evaluated the transfer of protective SARS-CoV-2 antibodies via the placenta from mother to foetus by analysing maternal and umbilical cord blood in 175 maternal-neonatal pairs.

The study found that women who were given mRNA vaccines (such as those from Pfizer or Moderna) were better protected than other types of vaccine.

“These results augment our current understanding of how the timing of maternal vaccination impacts both maternal immune response and transplacental transfer efficiency,” the authors wrote.

COVID-19: How pregnant women can best protect themselves